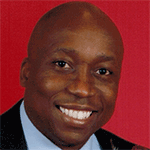 Omar Brown, vice president of human resources for the Chicago Transit Authority, has been selected to fill a vacancy on the Evanston/Skokie District 65 School Board, replacing Eileen Budde, who resigned last month.

Board President Tracy Quattrocki, who announced the pick late Wednesday, said, "we are very excited to have Mr. Brown join us and look forward to working with him."

The appointment is scheduled to be made official at the next regular meeting of the board, which is scheduled for Aug. 18. Brown's term will run until the April 2015 school board elections, when he is expected to run for a full four-year term.

Brown is a graduate of Chute Middle School and Evanston Township High School. He resides in Evanston with his wife, Tanya, and their three children who attend ETHS, Oakton Elementary School, and the McGaw YMCA Children's Center.

Before heading up the human resources function at the CTA, Brown served as the transit agency's general manager of diversity and as the diversity manager for the City of Chicago's Office of Compliance and the University of Illinois Office of Business and Financial Services.

Quattrocki said the board had received "an overwhelming number of applications" that included "many talented applicants" that made the selection process "extremely difficult."

Brown's addition to the board restores an element of racial diversity that evaporated when Jerome Summers chose not to run for reelection in 2013.

Quattrocki has been outspoken in her criticism of the black community for not fielding a candidate in that election. The other six members of the seven-member board are white and five of them are female. About one-fourth of the student body of the district is African-American.

Brown said he was interested in joining the board "because I want to make a difference in the community and to provide a perspective and voice for all children."

For the past 10 years, he has been active within the Evanston community as a member of the Chessmen Club of the North Shore, basketball coach with the Fellowship of African American Men, a steering committee member for the McGaw YMCA Achievers Program, and a member of the Youth Organizations Umbrella board.