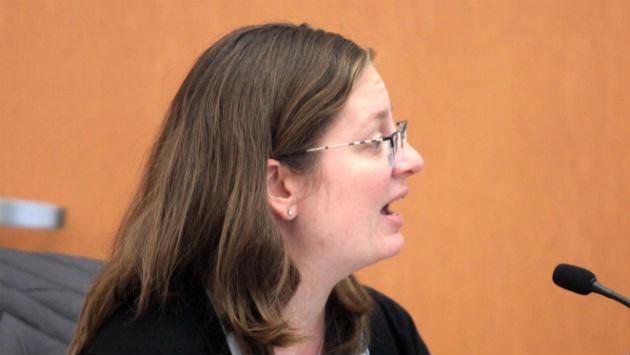 A staff memo reported a significant reduction in the number of suspensions, instructional days lost and disciplinary referrals last year compared to the prior year although black students continue to be suspended at higher rates than white students.  Suspension incidents involving students with Individualized Education Plans also decreased.

District policies and practices have been changed over the past few years to focus less on punitive actions and more on “a restorative discipline approach that emphasizes relationships and community above rules and regulations,” as stated in the student handbook.

Kylie Klein, director of research, accountability and data for the district, attributed the decline to a reduction in the number of disciplinary incidents in three categories: disrespect of school authority, disrespectful, aggressive or threatening behavior and physical violence.

“This is significant,” said board member Candance Chow. “Thank you to administrators and educators who are committed to restorative work.”

Chow said she saw a decrease of 69% in the number of black students who were suspended last year compared to the 2014-15 school year.

“What are we doing to make sure we’re not disciplining students because of their IEP status?” said Chow.

“Educators recognize that some situations are triggers for some students,” said Klein. In fact, the student handbook specifies that school staff “must consider a student’s disability and whether the student’s IEP was implemented as one factor in determining the response to any incident” and allows “discretion to limit the use of consequences that remove students with disabilities from the classroom.”

Saying that a reduction in suspensions can lead to a conversation about discipline and safety, Chow asked, “How do we monitor the feelings of safety for students?”

Board member Rebeca Mendoza asked about a question raised during public comment about the reduction in the number of students participating in the district’s family counseling program.