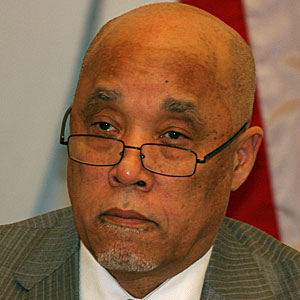 In a letter to parents, Evanston/Skokie District 65 Superintendent Hardy Murphy says growing enrollment drove the school board's decision this week to ask voters to approve $48.2 million in bonds for a new school and other construction projects.

And Murphy says the alternative would be increasing class sizes and other steps that "are not in keeping with our core values."

Here's the text of what he had to say about the referendum:

On Monday evening the Board of Education voted to place a referendum question on the March 20, 2012 ballot.

This is an important decision for our community, and I think it is important to share background information with you about the process that led to the board's action this week.

Also, an architectural analysis looked at classroom capacity. Over the past several years, substantial improvements and investments were made across the district to address ongoing maintenance and space needs created by the rising enrollments. Renovations and additions have been completed at several schools.

Since the adoption of the District 65 strategic plan in 2009, efforts have been underway to address a myriad of goals, strategies, and core values identified through a year-long planning process.

After the board reviewed the report and recommendations from the new school committee, it began its own due diligence to study and review additional data to help in its decision-making about how to proceed.

The board looked at scenarios and financial models. And, as the discussion moved to looking at a possible referendum, the board also looked at how to best address the expected growth in middle school population.

A capital and operating referendum were considered as well as the estimated impact upon annual taxes of local homeowners. The board's decision to proceed with placing a referendum question on the ballot has been thoughtful and considerate of the needs of our students and our community.

In the end, the board voted to place the $48.2 million bond sale question on the March 20, 2012 ballot to address several major capital projects.

These projects include construction of a new, state-of-the-art K-5 school in the Central Core community of Evanston; classroom additions at Haven and Nichols Middle Schools (both constructed in the 1920's); upgraded science labs to support STEM initiatives at Chute, Haven and Nichols Middle Schools and King Lab Magnet School; boys' and girls' locker rooms at Bessie Rhodes Magnet School, and a number of life safety-identified and infrastructure projects at these schools including new safe entries with welcome centers to improve our schools.

What Else Can Be Done

We realize that there are other ways to address projected increased enrollments. Class sizes can be increased, specialized programs or services can be moved from one building to another to make room where needed.

Classrooms used for art instruction can be repurposed to accommodate instructional space as needed. And, it is possible to cap enrollment at some schools and transfer students where there is room. But, these management strategies are not in keeping with many of our core values, nor are they consistent with our strategic plan and Board goals.

I know that the length of this letter is daunting. But, I felt that it was important to share background information to enable an understanding of the board decision.

As the referendum campaign gets underway, there will be additional information posted on the district's website at www.district65.net/referendum. The page will be active before the winter break begins.