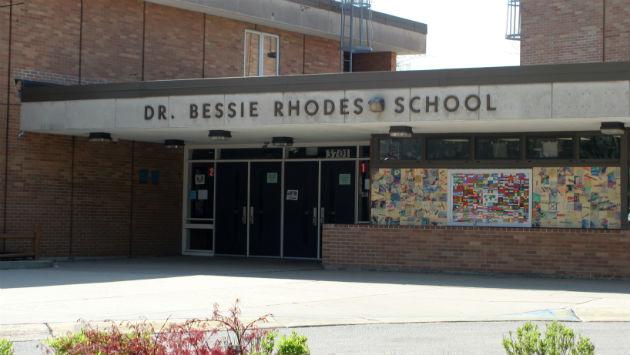 The Evanston District 65 School Board decided to revise its capital spending plan after realizing that projects expected to cost about $1 million were likely to exceed $1.5 million in the finance committee meeting Monday night.

After voters approved a $14.5 million tax increase through the District 65 operating referendum in April 2017, the board committed to spending up to $1.025 million of referendum funds each year for five years for capital building projects related to school safety.

Based on a 10-year life safety study, projects were identified and prioritized including creating secure double vestibule entrances, asbestos removal, masonry and roof repair and other improvements.

In 2018 secure entrances were added to the King Arts and Washington schools and asbestos was removed from seven other schools.

However, the capital budget presented to the finance committee on Monday included $930,800 for secure entrances at only two schools, asbestos removal for only three schools, guardrail replacement at Oakton and two projects that were not in the five-year plan.

Raphael Obafemi, chief financial and operations officer, explained that Lincolnwood was omitted from the proposal because the PTA and school community had requested further changes to the secure entrance design.

He said the $250,000 budgeted for each secure entrance was based on an architect’s estimate, but it is inadequate and the $1.025 million allocated for 2019 will not provide secure entrances for three schools.

Since the proposal was based on packaged bids, Obafemi said it was difficult to determine the precise costs for each part of the bid. However, he estimated that entrances at Orrington and Rhodes would run close to $800,000 and the project at Lincolnwood might cost as much as $500,000.

Board president Sunith Kartha asked why the costs were so much higher.

Rick Cozzi, architect for ARCON Associates, said that the estimates made 3-4 years ago were very generic for a simple building.

He explained that Washington and Bessie Rhodes were simple buildings, but the entrance at King Arts was moved to the other side of the building last year and cost more.

In addition, Orrington requires a concrete ramp to make building access ADA-compliant and the Lincolnwood PTA and school community want the entrance moved to the center of the north end of the building. That involves turning the window in the principal’s conference room into a door and reconfiguring various offices.

Cozzi explained that double vestibule secure entrances are designed to prevent visitors from accessing any part of the building before being screened. Reconfiguring existing buildings to meet that requirement introduces complexities the architects did not expect.

Anya Tanyavutti requested a better five-year plan with better projections. “Do we really have to break a promise? If so, we have to explain why.”

Kartha complained that Orrington School is not ADA-compliant and adding ramps to an entrance and then half a level to the first floor wll still not solve the problem since stairs are still required to access classrooms in the basement or second floor. She expressed frustration that these problems are being address piecemeal.

“If we defer Orrington to next year, we still have a problem,” she said. “I’m frustrated that we’re being forced to make a decision” now.

“We need a new five-year plan,” Tanyavutti said. “If we revise it, let’s do it thoughtfully.”

Kartha noted that the administration put out a bid for projects — improvements to the toilet facilities in the boys locker room at King Arts and construction of an addition to the Welcome Center at Joseph E. Hill Education Center — the board did not approve.

Cozzi noted that getting bids from contractors as early as possible can help keep costs down. Most bids are valid for 60 days, which would go into early April. He agreed to go back to the contractor and ask for bids for just the secure entries.

Cozzi said they could put secure entrances in all three schools this summer, but it would still be over budget. He’ll ask the contractor about his willingness to do a smaller piece of the project, but larger projects are more cost effective due to economies of scale.

At its next meeting on March 4 the finance committee will review an updated budget and bids for the capital improvement projects approved for 2019 in the 5-year plan: