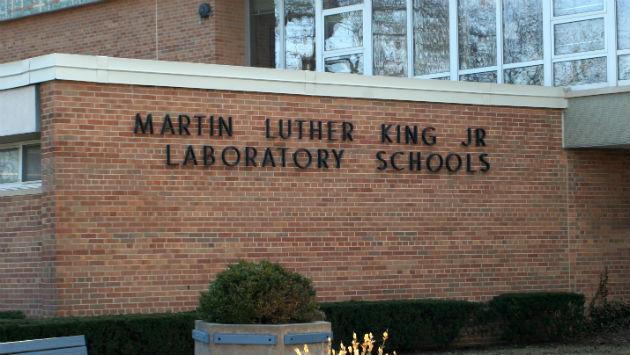 The School District 65 Board is scheduled to vote Monday on a plan to expand attendance area preference zones for the district’s magnet schools in Evanston and Skokie. 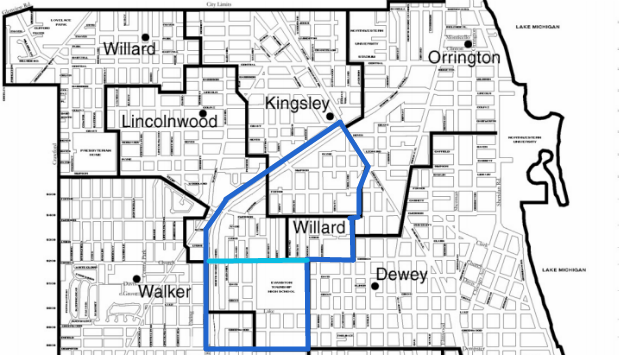 A map of neighborhood school attendance areas, with the zones given preference for the magnet schools outlined in blue.

The proposed change, which was approved by the board’s policy committee Monday, would eliminate the Church Street boundary line and give students living anywhere in either zone preference for enrollment in either of the magnet schools.

The preference allocates 20 percent of new admissions to the magnet schools to students who request to be assigned to the school and live in the targeted area.

District administrator Peter Godard said that the board’s decision last year to expand the Spanish-English two-way immersion program at Bessie Rhodes appears to have led to an increase in applications. 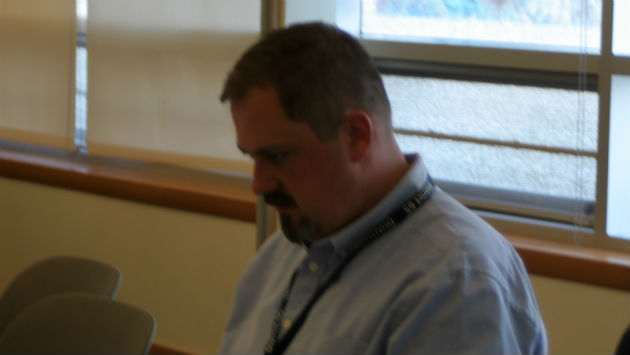 Godard said he believed these preference areas were established in the 1990s to provide additional choices for students who had been in the Foster School attendance area. Foster School was closed as a neighborhood school in the 1960s.

The Bessie Rhodes preference area represents a much larger pool of prospective students than the King Arts area.

The memo states the change offers “easier and more complete fulfillment of the goals of the existing policy while also offering preference area residents more choice.”

In terms of equity impact, the administration says the proposed policy change would “offer increased school choice to an area consisting of nearly 95 percent persons of color.”

The administration also recommends a policy change to make sure that siblings of current Bessie Rhodes students be selected prior to the selection of other students.

A third proposed change would allow the superintendent to establish criteria for selection into magnet programs in grades 1-5 for students transferring into District 65.

The administration says the changes needs to be approved quickly if they are to take effect for the school year starting this fall, since admission decisions will be made later this month.