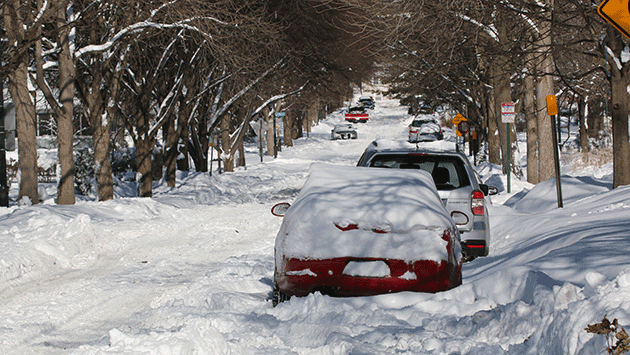 Students in Evanston/Skokie School District 65 will have a day off Friday, thanks to the snow storm that’s just arriving in town.

School officials late today announced plans to shutter the schools for the day because of the storm that may drop 8 inches or more of snow on the city.

But Evanston Township High School students won’t get the whole day off.

Officials at the high school say they’re planning a late start instead. The building will open at 6:30 a.m. First period classes will begin at 9:40 a.m. and students will be dismissed at 3:35 p.m. There will be no AM Support programs. All before-school practices and activities are canceled.

Breakfast will be served to students in the main lobby from 9 to 9:30 a.m.  After-school practices, activities and events will be held as planned.

And he says the city is working with the school districts and Northwestern University to make their parking lots available for residents on Saturday and Sunday, but those arrangements aren’t confirmed yet.

The city plans to impose a snow route parking ban Friday night and snow emergency parking restrictions on side streets during the day on Saturday and Sunday.