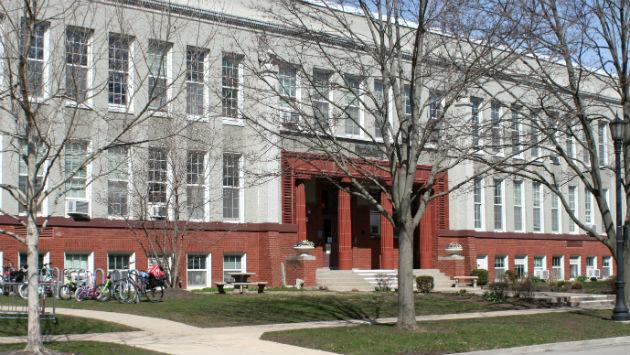 Pressured by parents concerned about safety, the Evanston District 65 school board voted Monday to double capital spending this year to create secure entries at Bessie Rhodes, Lincolnwood and Orrington schools.

The board allocated about $5 million of the $14.5 million raised in the 2017 referendum to be used for capital projects related to school safety. A five-year capital plan alloted $1.025 million per year for construction of double entry vestibules at five schools, asbestos abatement and various structural and system repairs.

The plan anticipated completing construction of  secure entries at the five schools that did not yet have one — King Arts, Washington, Orrington, Lincolnwood and Bessie Rhodes — within two years.

The King Arts and Washington projects were completed last year, but because construction costs were higher than expected, the $1.025 million annual allocation only allowed for completing the Lincolnwood and Bessie Rhodes schools in 2019, with Orrington delayed until 2020.

Parents objected to the delay, with speakers during public comment encouraging the board to make double-entry vestibules a priority. “Given the potential for enormous harm,” said one parent, “we encourage you to complete all three schools this year” and suggested various ways to find the money for the project, including taking money out of reserves and a new bond issue.

Another parent reminded the board that they had helped pass the referendum because it would fund the secure entrances.

Obefami also suggested that the district could refinance a bond issued in 2009, which would yield $5.2 million that could be used for other capital projects.

The board voted 7-0 to complete the following projects this year:

The board deferred discussion on refinancing the bond issue until a later meeting.