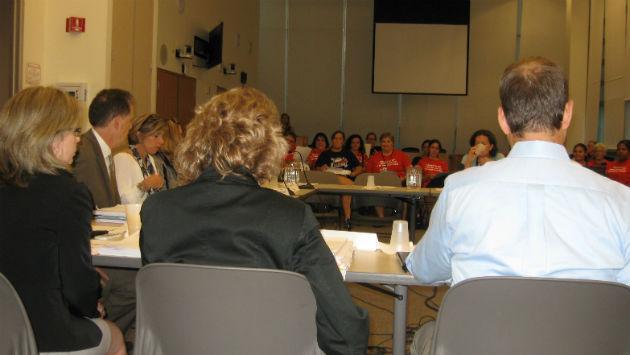 The Finance Committee of the Evanston/Skokie School District 65 Monday approved a balanced tentative budget for the 2016-2017 fiscal year—its 15th in a row—but warned that its winning streak was unlikely to last much longer.

Technically, it voted to put the new budget on public display in advance of a public hearing scheduled for Sept. 26. State law requires a final vote by the board before the end of September.

The new budget is not unlike last year’s budget in that revenues and expenses are each projected to rise by a mere 2 percent, to around $114 million, resulting in a surplus of $79,000.

But unless drastic changes are made, the district projects a deficit the following year of nearly $10 million, rising to more than $25 million by the 2020-2021 year.

By then, the district’s fund balance, currently at $22 million, will have completely evaporated.

The agency that rates their bonds, the committee was told by the district’s  finance staff, insists that current good practice would require a fund balance of $25 million in order to cope with unexpected contingencies.

Those dire predictions are based upon the district’s guess about what the state legislature will do as it contemplates restructuring the state aid formula for education.

For one thing, the state is contemplating a shift of pension obligations from the state to the individual school districts. And for another, it is proposing to shift aid from wealthier communities to those with lower family incomes.

Property tax caps that are tied to the consumer price index pose an additional problem, as the country experiences low inflation rates.

Put all those factors together and they threaten the district’s ability “to maintain the level of service and quality education that everyone here is committed to,” in the words of Finance Committee Chairman Richard Rykhus.

The new budget is scheduled for publication on Aug. 25 “in a newspaper of general circulation within the district.”