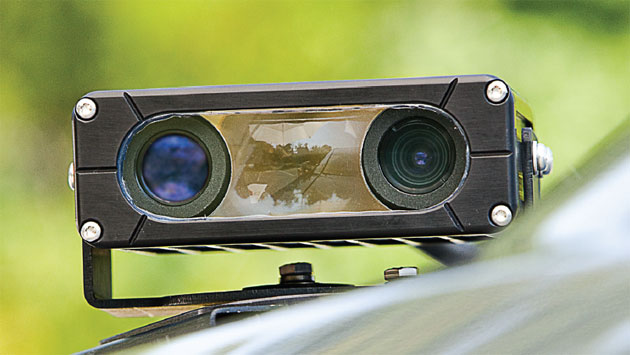 Parking Manager Rickey Voss told the city's Transportation and Parking Committee this week that the camera and computer systems will also be used to enforce two-hour parking limits on city streets.

"I can see you're getting excited," added Alderman Coleen Burrus, 9th Ward, a member of the committee.

Alderman Judy Fiske, 1st Ward, worried that the city may not have enough Denver boots to immobilize all the cars the new systems spot.

Voss conceded that the city only has five boots now, and Assistant City Manager Marty Lyons said he plans to look for alternatives to the expensive boots.

"Other towns use big orange stickers pasted on car windows or other devices to target the scofflaws," Lyons said, "but there's nothing quite as effective as not being able to move the car.

He said that in Arlington County, Va., where the camera systems are in use, parking officers take the license plates off of skofflaw cars.

"I thought that was a little over the top, but we have to come up with something that's not as capital-intensive as boots."

Voss said there are other options as well. Some communities, he said, concerned about theft of the boots by parking scofflaws, have started towing vehicles with unpaid tickets.

But he said that while there's likely to be an onslaught of additional scofflaw cars spotted initially, he expects that once the backlog is worked through, "it should slow down to normal."

Top: The camera from a license plate recognition system.