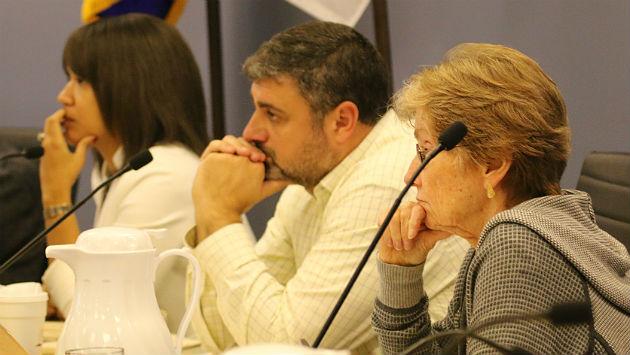 Evanston aldermen were told Saturday the city needs to gather a lot more data before they’ll be able to tell whether the city is managing its budget in a way that’s fair to all residents.

Pat Efiom, the city’s chief equity officer, said it’s clear that all the proposed cuts in next year’s budget will hurt, but there’s not enough information available yet to determine whether the burden of those cuts will be equitably shared.

She said the city made an extra effort this year to make sure that all segments of the community were fully represented in the collection of views about what the city’s budget priorities should be.

After an online community survey drew a lower response rate from minority residents than from whites, she organized a group of volunteers to do face-to-face interviews with more than 500 “black and brown people in the community.”

But collecting opinions is only part of what’s needed, she said. The city also needs to know more about the actual impact of programs.

City Manager Wally Bobkiewicz said he was delighted to hear aldermen say they’re interested in getting more data. He said the city has been collecting 400 pieces of data for the last four years for the Star Communities program and could do more, although it may require additional resources.

Efiom said another part of the problem is that residents don’t yet share a common definition of what equity means.

Alderman Robin Rue Simmons, 5th Ward, said she believes it means that the residents of her ward should have the same quality of life as all other Evanstonians — “access to jobs, access to services and the opportunity to own homes in Evanston.”

Rue Simmons didn’t address how she would fund the fulfillment of those goals.

Mayor Steve Hagerty noted that spending more — either to avoid budget cuts or fund new programs — would require increasing taxes, fees or both.

He suggested the city’s plan to increase on-street parking fees but maintain current rates in downtown garages would give residents more control over the impact on their budget than a hike in the property tax, which could only be escaped by moving out of town.

Although it wasn’t mentioned at Saturday’s budget meeting, the data to judge the fairness of proposed budget change may sometimes come from experience elsewhere.

One illustration comes from a recent investigation by ProPublica Illinois.

In 2012, Chicago officials increased the fine for not having a vehicle registration sticker from $120 to $200. The change was sold as an effort to target “scofflaws” rather than raise the price of the stickers for everyone.

But the ProPublica report says the change raised far less than the projected $16 million in increased annual revenue because many low-income residents couldn’t afford to pay the tickets. Instead it led to a dramatic increase in bankruptcy filings in low-income neighborhoods as drivers tried to escape their debts.

In Evanston, the city manager’s proposed 2019 budget calls for a $10 increase in the wheel tax to $85, in part because revenue from the wheel tax has been declining as residents shift to alternative methods of transportion. The increase would leave the basic fee here still slightly lower than the $88 charged in Chicago.

But the budget doesn’t propose increasing the $60 fine Evanston charges for not registering a car — a fine that’s less than one third what Chicago charges. Evanston also offers a half-off discount program on the wheel tax for low-income seniors and the disabled.

One might conclude, based on the Chicago experience, that raising the sticker fee for everyone is more equitable that targeting scofflaws, as Chicago did.