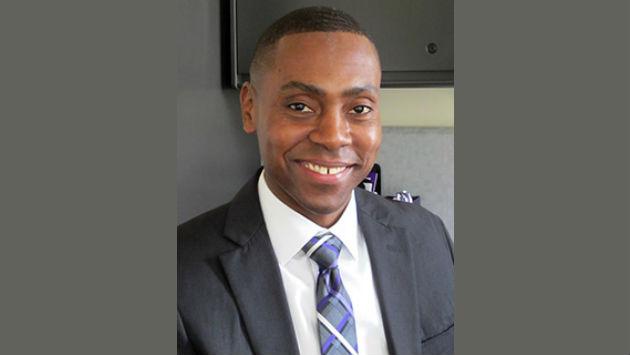 Anderson is stepping down from his role Aug. 31 and moving with his family to Georgia to be closer to family members.

Davis joined Northwestern’s Office of Government Relations in October 2013, where he has worked with Illinois and Cook County officials, associations and coalition partners to advocate for funding and policies that benefit the University.

“Dave Davis brings excellent experience in government relations, private industry and government work to his new role serving as the chief liaison between Northwestern and our host City of Evanston,” Holloway said in announcing the appointment.

“He will build on the outstanding work Alan Anderson has done over the past three years to deepen our ties and strengthen our relationship with our neighbors in this community and with our partners in Evanston businesses and city government.”

In addition to his work with local and Illinois officials, Davis also has monitored and analyzed the impact of state, county and local legislation on higher education institutions during his years with the Office of Government Relations.

Davis said he looks forward “to building on my predecessor’s progress in strengthening the university’s relationship with the City of Evanston through deliberate and purposeful partnerships that advance the University’s mission and enhance the quality of life for all Evanston residents.

“I am also excited to work with our students, faculty and staff to foster a culture of community engagement across the campus community,” he added.

Anderson said, “Dave will be terrific in this role. He has already demonstrated strong ties to the community working with state and local government officials over the last several years, and he brings a lot of energy and expertise to his new role to build on the progress we have made.”

Speaking of his accomplishments in the job, Anderson said, “We really wanted to create the feeling that Evanstonians are welcome here. One of the things I’m most proud of is that when people describe the relationship between the university and the community, I think they have a fuller picture now of what that relationship looks like.”

He cited examples ranging from the University’s opening up the campus “to be a community campus” to Northwestern’s investments in the community — including helping with the rebuilding of homes, improving education, creating recreational spaces, partnering with businesses and local workforce hiring.

Northwestern University recently released a report, “Strengthening Our Community,” outlining the progress of the partnerships between the University and the City of Evanston in recent years and the impact they have had in Evanston.

In addition to his work in state and local government, Davis previously worked as senior staff and grant coordinator for U.S. Rep. Jan Schakowsky of Illinois. He served as the her liaison to federal, state and local elected officials.

Prior to joining the Schakowsky’s office, he served in the office of Cook County Commissioner Larry Suffredin as the district office manager, and he worked for Accenture as a technology consultant. Davis holds a bachelor of science in chemistry and environmental science from Alabama Agricultural and Mechanical University.