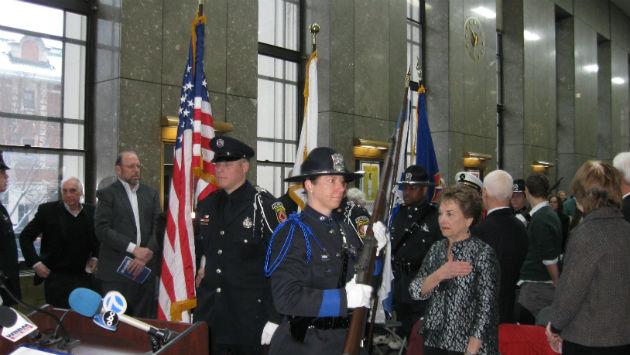 Former congressman Abner J. Mikva, who represented Evanston in Washington for two decades, was honored Tuesday by the renaming of the Davis Street post office as the Abner J. Mikva Post Office Building.

Mikva, who died last July at the age of 90, represented Chicago’s Hyde Park area until his district boundaries were changed in 1971, after which he moved to Evanston.

At the time, recalled Evanston Mayor Elizabeth Tisdahl, he was referred to by some as a “carpetbagger,” a term she made it clear she did not agree with.

“We were thrilled,” she said, “that he chose Evanston.” 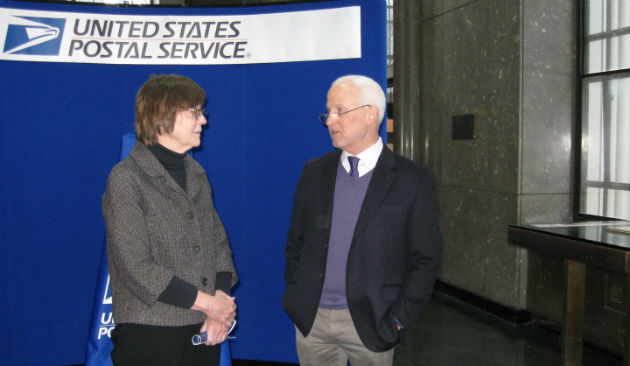 In 1974, Mikva was elected to represent Illinois’ 10th Congressional District that was based in Evanston. He was reelected three times.

During his third term, he was appointed to the U.S. Court of Appeals for the District of Columbia, where he served with Clarence Thomas, Antonin Scalia, and Ruth Bader Ginsburg before their appointments to the U.S. Supreme Court.

In 1994, President Bill Clinton selected Mikva to be the White House counsel.

Thus, he is one of the few individuals who served in all three branches of government—legislative, judicial, and executive.

Then-President Barack Obama signed the legislation into law on Dec. 16. 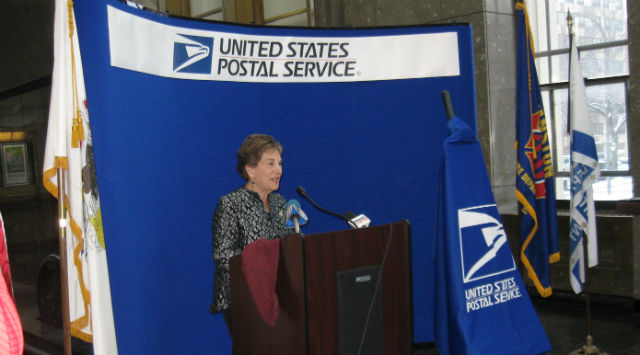 In her remarks at the dedication ceremony, Schakowsky referred to Mikva as “an indispensable role model and mentor” and described herself as a “low-level volunteer” in Mikva’s campaigns for Congress.

She said Mikva believed politics was a noble calling and that he invented grass-roots politics not connected to patronage. Also, she said she considered Mikva to be a “brilliant strategist.”

Sen. Dick Durbin was scheduled to make remarks at the ceremony, but had to cancel at the last minute in order to beat the snowstorm to Washington, where he was expected to attend a Democratic leadership meeting.