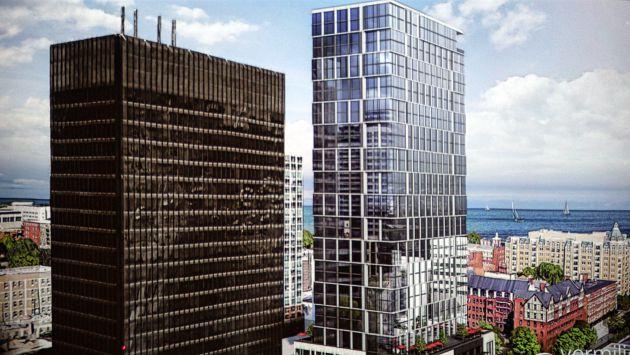 Developers unveiled plans for what would be Evanston’s tallest building Monday night at a community meeting at the downtown public library.

Vermilion Development showed revised plans for 601 Davis St. as a 33-story rental residential buiilding to be build on the Chase Bank drive thru and a vacant lot just to the east.

The same developers in December 2015 had proposed a 27-story tower for the site, which would have been essentially the same height as the city’s current tallest building, the Chase Bank tower at 1603 Orrington Ave. But that plan had stalled in the intervening months. 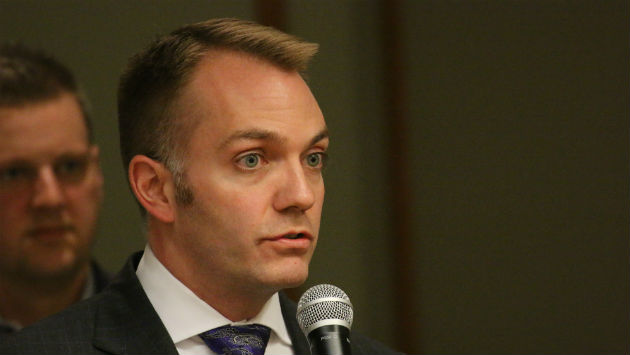 Dave Cocagne, president of Vermilion Development, said the development, which is planned to have 6,700 square feet of retail space onthe ground floor, would create 27 to 31 new permanent new jobs as well as about 770 construction jobs and was conservatively estimated to produce $750,000 in additional annual real estate tax revenue for local taxing bodies.

The proposed building would have 318 residential units with about 40 percent of them having two or three bedrooms.

The plans also call for preserving and upgrading the century-old two-story University Building at the corner of Davis Street and Chicago Avenue. 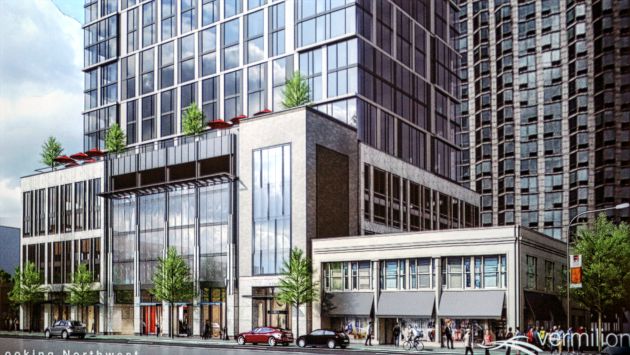 A rendering of the development site, with the existing University Building at right.

The developers said they plan to offer 179 parking spaces on site and are discussing leasing additional space in the city’s Church Street garage.

Hank Goldman, president of the condo association at Sherman Plaza, 807 Davis St., now the city’s second-tallest building, said the new project “would wreak havoc with traffic” in the nieghborhood and predicted it would create “horrendous wind problems” as the new tower interacted with other tall buildings in the area.

“It will make wind tunnels all through Evanston,” Goldman claimed.

But Alderman Don Wilson, whose 4th Ward includes the site, said he liked the idea of being able to preserve the University Building as part of the project.

Wilson said he’s prefer to have an office development on the site, but “everybody wants to put in housing and we’re having a hard time getting people to bite on the office concept.”

Wilson said that because of planned changes to Fountain Square and the planend addition of bike lanes on Chicago Avenue the traffic issues regarding the development will have to be looked at closely.

Jeanne Lindwall, who lives nearly a mile from the site, at 625 Library Place, said the proposed building is “just too big” and “out of scale with the surrounding area.”

But a younger resident, who said he was in the third grade, said he liked the new building because it would provide tax money for the schools.

Despite having been initially proposed nearly 16 months ago, the 601 Davis project has not yet been scheduled for the formal city reviews that would be needed for it to win approval.