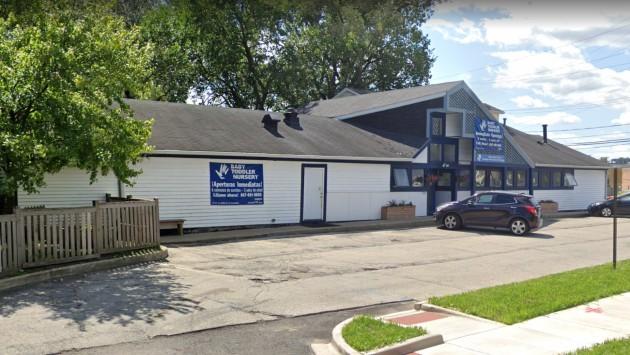 For day care centers, this is definitely not just another day. Those centers may be starting to reopen, but the head of Evanston’s Early Childhood Council says “we’re looking at a potential collapse” of the early childhood education system.

Steve Vick is chair of that council, an umbrella organization representing about 40 Evanston facilities, from non-profits, to for-profits, to part-time centers and to in-home providers.

Vick is also executive director of the non-profit Infant Welfare Society of Evanston, which cares for a total of 85 mostly low-income children at two different sites.

Child care centers in Evanston and statewide closed in mid-March, following Gov. J.B. Pritzker’s stay-at-home order. Centers are now allowed to re-open, but with safety and health precautions which, while necessary, also add to the “funding crisis” that scares Vick so much.

The state has limits for the maximum number of infants or toddlers per room, depending on the number and age of those children and the number of teachers. The most, before COVD-19, was 20 children per class. But under the phased re-opening now in place, the maximum allowed is 10.

Fewer children means fewer dollars, either in state aid or from tuition paying parents. But costs are actually increasing. Here’s why:

Learning Bridge cares for 85 youngsters, ages two through five. 70 per cent of those children receive a state subsidy, the rest of the families pay tuition.

Besides the six-foot separation we’ve all come to incorporate into our lives, Percival says there will be “no shared activities,” at Learning Bridge, things like sandbox and water table, once the facility reopens July 6.

Children and teachers will wear masks. The school day will be shorter, and “we won’t be opening a door. We’ll be opening a gate.” Parents will drive through that gate, their child’s temperature will be taken before getting out of the car, and then the youngster will be escorted to the classroom.

Hand washing, already frequent at day care centers, will happen even more. All sheets and blankets will be laundered daily. Toys and trays will be sanitized, not just washed. “Washing only makes it clean, but not sanitary,” Percival says. So wipes and sanitizers will become part of every day’s work.

All these extra actions mean extra cost. And while fewer classroom teachers will be needed, some will be reassigned for all of the sanitizing. So staff expenses won’t go down, while operating expenses will go up.

That’s why Vick is so worried. And on top of all of the extra expenses, Vick says the state aid process is set to change July 1, which could mean fewer dollars per center from Springfield.

Vick says he’s particularly concerned about his employees, most of whom are women of color in their 50s and 60s. African-Americans and older individuals are in the more susceptible groups for COVID-19.

The Infant Welfare Society facilities will reopen July 20. Vick says “some of our staff are scared to come back. Imagine holding a beautiful baby,” Vick adds, but worrying about catching or transmitting an illness.

Vick says IWS centers will have an isolation room. If a child develops an elevated temperature, he or she “will need to be isolated immediately, and then get picked up.” The same is true for teachers. Then, if the person tests positive for COVD-19, “it triggers contact tracing and possibly we’d have to shut down the center.”

It’s a tall order. “We’re being tasked to open during a global pandemic,” Vick says.

Vick says only a handful of the 40 member-centers in the Early Childhood Council have reopened. Most of those, he says, are for-profit. Non-profits, like IWS and Learning Bridge, will open later. But Vick also says a few of the smaller, in-home centers have closed for good, casualties of the pandemic.

Vick hopes the Congressional Black Caucus will make early childhood education a priority, along with reforming police departments. “Our educational system is built on K-12 and has been that way forever,” he says. If we as a society put more dollars into pre-natal care through age 5 education, “the return on investment” is significant.

Meantime, as Lindsay Percival says, child care centers are “building the plane while we fly it.” Classroom limits may increase to 15 children soon, which means even more challenges. “Safety is always at the front of our minds,” she adds, “and it will be when we open.”

So an already difficult field, the difficulties increase daily. But Vick says “what I hear mostly is a lot of commitment and passion from the staff. Nobody joins this field to become rich. We’re fighting. We haven’t given up.”