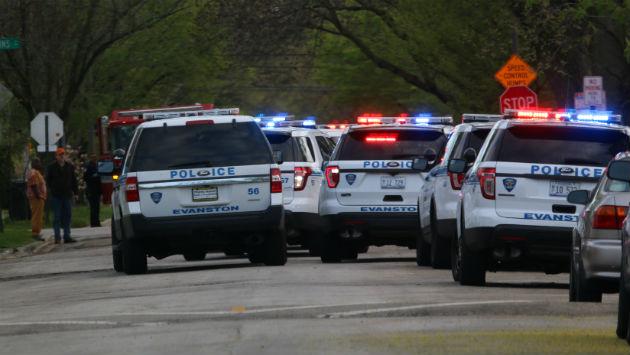 A pair of disputes at the same address on Darrow Avenue brought Evanston police units flocking to the scene about 6:30 this morning.

Police Cmdr. Joseph Dugan says several women who live at 1735 Darrow Ave. had gotten into an argument while shopping at the Walmart on Touhy Avenue in Skokie earlier in the morning and brought it back home with them.

Meanwhile, a man and woman who live at the Darrow address got into a domestic dispute.

Police were initially called to what was described as a stabbing incident, but it turned out there were no injuries, Dugan says, and the alleged victim declined an offer from Fire Department paramedics to be transported to a hospital for treatment.

Skokie police also were called to the scene to address what had been initially described as a battery at the store, Dugan says, but the parties kept changing their stories, he says, and ultimately no one was arrested.