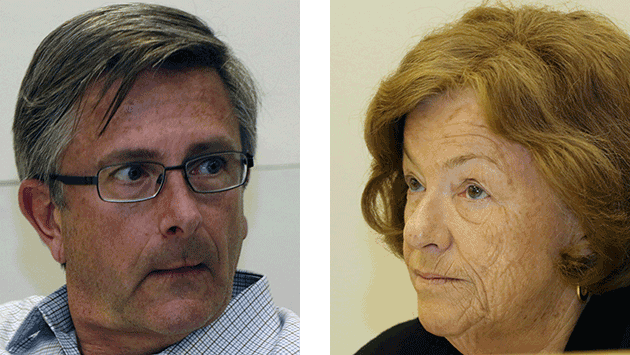 After a parade of neighbors spoke in support of a liquor license for D&D Dogs, Evanston aldermen Monday night overturned the mayor's denial of a license for the restaurant on Noyes Street.

The only vote to uphold the mayor's action came from Alderman Mark Tendam, 6th Ward, who said he feared the decision would set a precedent that could lead to licensing liquor sales at Hot Dog Island — a former gas station that stands at the triangular intersection of Central Street, Gross Point Road and Crawford Avenue in his ward.

"It would be very inappropriate to be serving liquor in the middle of an intersection," Tendam said.

Alderman Judy Fiske, 1st Ward, said the liquor ordinance is written so the mayor, as liquor commissioner, can deny anybody. The city, she says, has the legal opportunity and responsibility to say no to any application it deems inappropriate.

But, Fiske, who had voiced misgivings about the recently approved liquor license for DMK Burger & Fish, but ultimately voted for that, said she doesn't know of any restaurant that has done as much for its neighborhood as D&D.

The neighbors, some of whom had opposed the DMK license, said that with that license granted, it would leave D&D at a competitive disadvantage to be denied a license.

Mayor Elizabeth Tisdahl, said she D&D's owners have been good neighbors, that her denial of the license application was no reflection on the character of the people who own the buisiness or work there.

"But there are lots of other establishments called 'dogs' that will be requesting liquor licenses as well," Tisdahl said, "It's an issue about where we do and do not want to have liquor licenses."

One person, she said, had told her that in Germany you can buy beer at McDonalds. "I'm not sure that's a great idea," the mayor said, adding that, as the city learned when it moved to revoke the license of The Keg, "it's extremely difficult to take away a license once it has been granted."

The vote to overturn the mayor's decision required two-thirds support on the council to pass. It topped that margin — passing 7-1. Only Tendam voted against it. Alderman Jane Grover, 7th Ward, was absent.

No booze for you, mayor tells hot dog stand