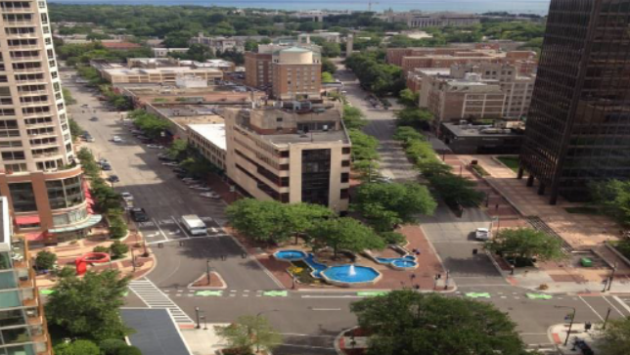 The long-contemplated rebuilding of Evanston's Fountain Square needs to be completed within the next three years — or a funding source for the project will dry up.

That's one point made in a memo to aldermen about the project scheduled to be discussed at tonight's City Council meeting.

But the 23-year life of the TIF district comes to an end at the close of 2018, and any money left in the district's account would then have to be distributed to all local taxing bodies — which means the bulk would go to the schools and only roughly 20 percent to the city.

The current estimated cost for the Fountain Square project is $4.7 million — with $1.7 million to be used to replace a century-old water main on Sherman Avenue and do streetscaping work in the 1600 block of Sherman adjacent to the square. The other $3 million would rebuild the square itself.

The overall cost estimate has grown dramatically — from about $2.6 million a year ago. 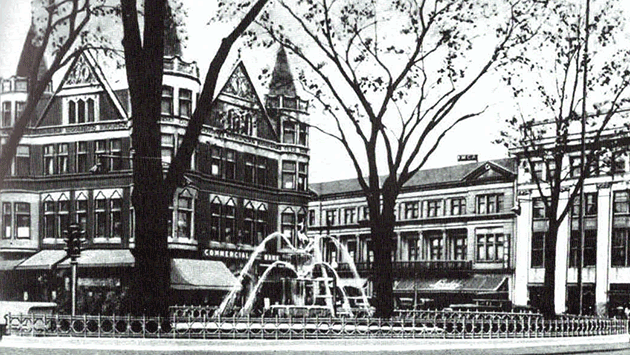 A 1930s-vintage postcard showing a rebuilt version of the original fountain.

Fountain Square has seen several designs over the years — starting with a Victorian era fountain in a traffic circle originally installed in the U.S. centennial year of 1876. That fountain was rebuilt at least once before being replaced after World War II with the war memorial design that replaced the traffic circle with the square's current intersection design. 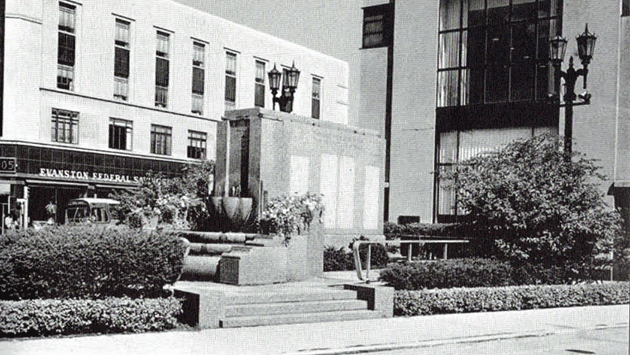 A 1960s postcard view of the war memorial fountain.

The war memorial, dedicated in 1951 by Gen. Douglas MacArthur, lasted until the time of the nation's bicentennial, with the current fountain design completed in 1976. Meanwhile an extensively rebuilt version of the original fountain now stands in the Merrick Rose Garden at Lake Street and Oak Avenue.

Last year the city hired Evanston-based Teska and Associates to conduct a visioning project for the square's redesign and several public meetings were held earlier this year to gather input on four conceptual designs that Teska came up with.

Aldermen tonight will be asked to approve a proposed scope of work for the renovation project and authorize staff to prepare a request for proposals for a consultant to develop a final design for the project.

The staff plan calls for design work to continue through next year, with construction to take place in 2017 and 2018.