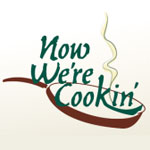 Debate over Evanston's economic development policies started sizzling Monday night when the mayor had to break a tie vote on whether to provide financial help to Now We're Cookin' for its planned expansion to become a culinary business incubator.

And the hot debate is expected to continue Wednesday night when backers of a planned expansion of the Heartwood Center holistic health space go before the Economic Development Committee to object to the city's staff's reluctance to fund that project as proposed.

Monday night Alderman Ann Rainey, 8th Ward, who's been a fervent backer of several recent economic development efforts on Howard Street and elsewhere in her own ward, led the opposition fo the Now We're Cookin' proposal, which called for the city providing a $35,050 grant.

Rainey said the city should not make grants — but instead loan money to businesses.

In addition to the $35,050 grant, which would represent about 52 percent of projected costs for the expansion through the end of this year, Funk projects asking for another $60,500 over the next two years as the business grows.

Most of the money would be used to cover the cost of hiring a new staff person as an "incubator manager."

In addition to Rainey. Aldermen  Fiske, Braithwaite and Wilson voted against the project Monday. Alderman Melissa Wynne, 3rd Ward, was absent, which gave Mayor Elizabeth Tisdahl the opportunity to break the tie. 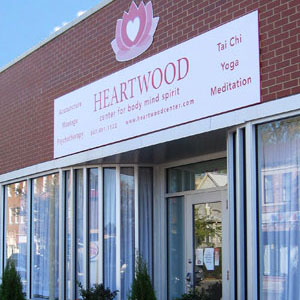 About half the space is leased to the Evanston Rebuilding Warehouse, which is moving to new quarters next month, and Heartwood Center owner Nancy Floy hopes to renovate the vacated space to expand the center.

She says she has a wait-list of 40 more people who'd like to set up their practices at Heartwood and is planning a two-face renovation project, with the first phase adding more treatment rooms and office space and a small retal space selling wholistic healthcare products.

Then in the second phase she'd turn the rest of the soon-to-be-vacant portion of the building into a conference enter for classes and corporate events.

The city's economic development staff has raised concerns about the size of the grant request. At 40 percent of total project costs, a staff memo says, it's substantially larger than the 25 percent share of public funds typical for other projects.

But Dickelle Fonda and other neighbors of Heartwood say the center has provided a tremendous economic boost to the struggling commercial district around the intersection of Dempster Street and Dodge Avenue.

Fonda plans to question why the city is balking at this request, but has moved forward with many other economic development projects on Howard Street and in other parts of the city.