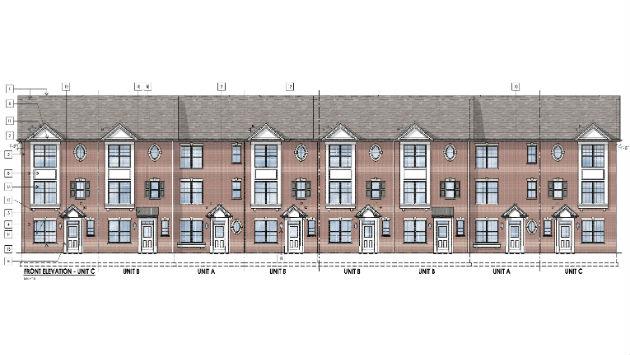 Construction started on 32 units in the planned 40-unit development, but only 19 were completed and sold before the project fell into bankruptcy during the real estate market collapse.

An affiliate of Boston-based Capital Crossing Servicing Co. acquired the property and in 2014 hired Kinzie Real Estate Group to oversee completion of the units on which work had begun.

Steven Maher of Kinzie told the committee Wednesday that the remaining 13 units now have been completed and sold, and Kinzie now has control of the empty lot facing Church Street where the third building containing the final eight units was planned to be built. 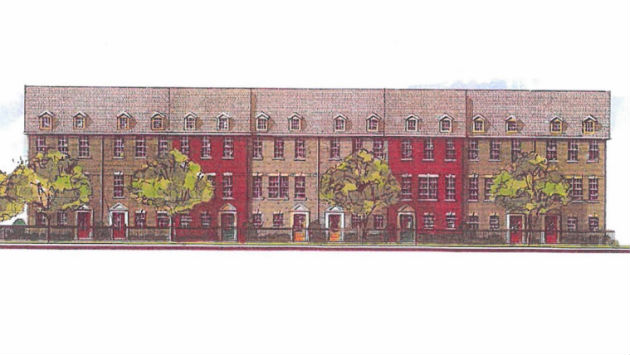 The original design for the for the townhouses.

Maher said he wanted to change the design of the final building "to enhance the streetscape along Church Street" by providing more detailing on the facade.

The committee voted to approve the changes requested, except for requiring all brick construction on the east and west walls of the building and suggesting replacing the curved third-floor windows shown on the plan with rectangular ones and omitting the shutters from the second floor windows.

Maher said that with the approval from the committee he'd have a "coming soon" sign up at the site in the 1600 block of Church Street next week. He said he plans to break ground in March or April and have the units completed before the end of the year.