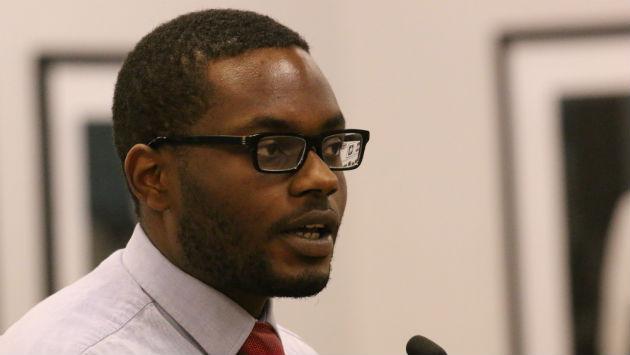 Evanston aldermen Monday decided to postpone until August action on a proposal to hold a referendum on whether the city clerk’s position should be elected or appointed.

During public comment at Monday’s Rules Committee meeting, five people spoke in favor of continuing to elect the clerk.

Carlis Sutton said incumbent Clerk Devon Reid received more votes than any other minority candidate in city history. and that to leave the decision of who should be clerk to a few people — the mayor and aldermen — would put a damper on voter participation in the city.

Betty Ester said she was disappointed that some aldermen “want to get rid of somebody that I voted for.”

Meg Welch said the clerk now is politically independent and if the clerk was appointed that would end.

“Anyone who votes for this won’t be seen as encvouraging participatory democracy,” Welch added.

“It would be asking the people what they want. They’ve never been asked this question before,” she said.

Rainey said the clerk now is accountable to no one.

Alderman Don Wilson, 4th Ward, said he’s uncomfortable that the office in charge of the city’s recordkeeping should be a political position.

“But I don’t see this as a big community priority,” Wilson added, “So I don’t think it should be put up as a referendum.”

Alderman Judy Fiske, 1st Ward, suggested that if switching to an appointed clerk could save the city money — as abolishing Evanston Township did — then the idea would be worth considering.

She also noted that the Evanston League of Women Voters has been researching the issue of electing or appointing city clerks.

The aldermen, at Rainey’s request, decided to hold the issue until the Aug. 4 meeting of the Rules Committee, in hopes the LWV report might be available by then.

The city’s Law Department has said that to get the referendum issue on the November election ballot, the City Council would have to vote by Aug. 17 to put the question to voters.

Referendum could end election of clerk (6/4/18)