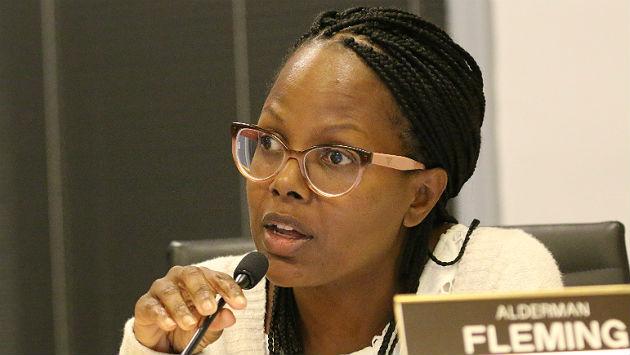 Advocates of defunding the Evanston Police Department renewed calls during public comment at Tuesday’s City Council meeting for a 75% cut to the department’s budget.

They also attacked plans for a new emergency response system recommended by the Human Services Committee last week saying the proposed $200,000 funding for a pilot test of the concept next year is totally inadequate and was a sign aldermen want the program to fail.

And one speaker falsely characterized the proposal as calling for a social worker to ride with a police officer.

Alderman Cicely Fleming, 9th Ward, the incoming chair of the committee, responded that the proposal had never been designed to pair a social worker with a police officer, but rather to have a social worker and a medical professional respond together to certain types of emergency calls.

Fleming said the $200,000 funding that Interim City Manager Erika Storlie had suggested could be available for the pilot project was “just one piece of money that could be used” for the program and that the City Council had not made any decision it would be the maximum.

Fleming said details of the new emergency response system would be worked out by a subcommittee. Mayor Steve Hagerty said the subcommittee would be appointed at the City Council’s Monday, Sept. 28 meeting.