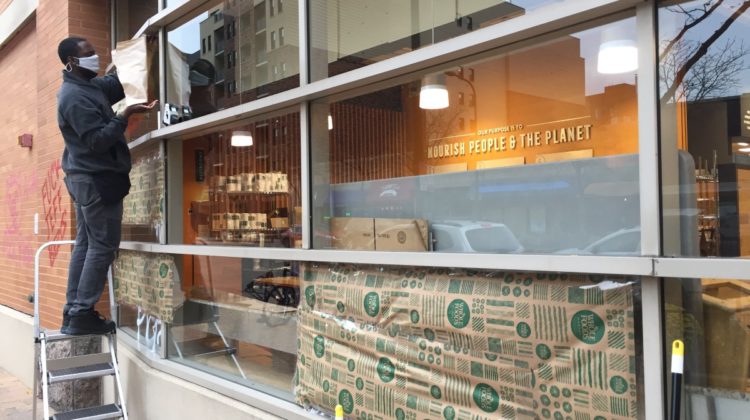 In the midst of protests demanding that Northwestern University abolish its police force, vandals spray-painted defund slogans on campus and in downtown Evanston over the weekend.

Police have not announced any arrests in connection with the vandalism. Protest organizers on Twitter defended the activity.

The Whole Foods Market at 1640 Chicago Ave., was hit hard by the vandals, with some windows broken and slogans spray painted on windows and walls attacking not only the police, but also Jeff Bezos, the CEO of Amazon, which owns Whole Foods.

A store manager said early Sunday afternoon that a crew would arrive to power wash the graffiti from the store later in the day.

Protest organizers say they plan another march this evening.