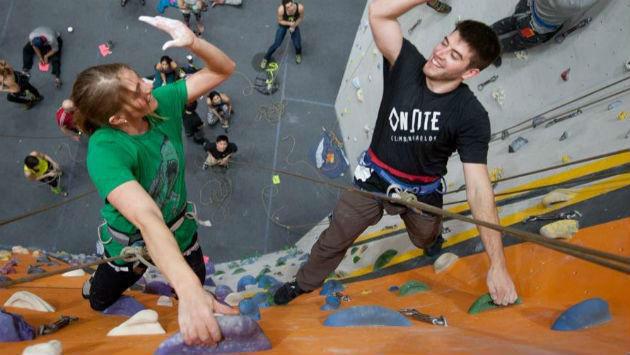 The developer hoping to turn the city’s former recycling center on Oakton Street into a new outpost for the First Ascent Climbing and Fitness chain will ask aldermen Monday for extra time to move forward with the deal.

In a memo to the City Council, Community Development Manager Paul Zalmezak says Andy Stein of S Point Ventures reports the gym operators remain committed to the Evanston location but can’t move forward now in the midst of the COVID-19 pandemic.

Stein, who has been the lead on the project for several years with Clark Street Real Estate, has formed the new entity, S Point Ventures, to move forward with it because Clark Street is closing its operations, the memo says.

The city has been trying to market the recycling center at 2222 Oakton for a new use at least since 2015.

First Ascent was turned down for the project previously in favor of a contract with Smylie Brothers Brewing. But those plans never moved forward and the city terminated that deal in 2018.

In 2019, First Ascent won out over a proposal from the owners of Peckish Pig to turn the building into an event space.

Zalmezak says First Ascent hopes to determine whether they can move forward with the project by next spring.