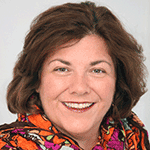 Dellutri says she's joining the National Main Street Center in Chicago as its senior director of programs and services.

Her last day in the Evanston job will be Friday, Jan. 3.

Chris Mailing, chair of Downtown Evanston's board, said in a statement, “We are sad to see Carolyn leave us but very proud of all that she has done for the downtown Evanston business district and organization."

Mailing said the board plans to meet later this week to begin the search process for a new director.

She led a rebranding process which included a new logo, tagline, website, gift card program, mobile app, new banner program and to rename the organization from Evmark to Downtown Evanston.

She also coordinated the relocation of the office to a first floor space and created Evanston’s first visitor information center at 820 Davis Street, Suite 151, which is shared with Evanston’s first Incubator, the Technology Innovation Center.

Over the past three years Dellutri has worked with the Board of Directors to create a plan of action for the next five years to include these goals:

Dellutri said, “I am very proud of how the board of directors and staff has worked through some of the toughest economic times starting in 2008.  We viewed the downturn as the time to get our house in order, which we did, and now we have so many new businesses that have moved in and more prospecting."

She said that with the progress that's already been made, "It’s a great time for a new executive director to work with the board to take it to the next level."

Dellutri sais she plans to continue to live in downtown Evanston.