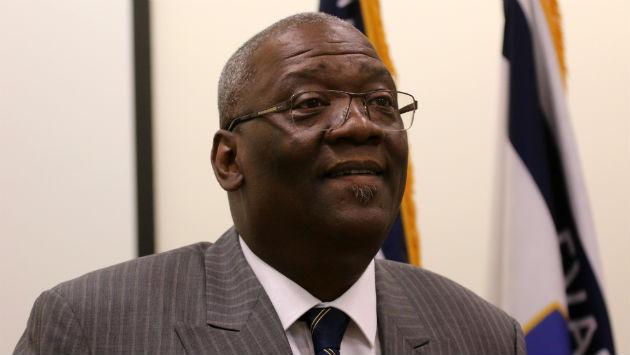 Cook previously served 26 years at the Evanston department including six as deputy chief.

He has been chief of the Glenwood Police Department since 2010.

Cook started his law enforcement career in 1981 with the Northwestern University police department and joined the Evanston force in 1984. He was named deputy chief in 2004 and initially oversaw the department’s support services division and later its investigative services division.

He was named chief in Glenwood in part for his Evanston experience in dealing with gang problems. In Glenwood he earned over $126,000 last year.

South-suburban Glenwood has about one-tenth the population of Evanston and, Cook said, just 24 police officers.

The Glenwood department came in for criticism a few months after Cook was hired, when members of the family of a 67-year-old man who was shot and killed at his home by police after he fired several shots into a car filled with police officers responding to a barricaded gunman call claimed the police had over-reacted.

But Cook said police only responded to the home after a firefighter who’d been distributing free village address markers to residents reported the man had brandished a gun at him.

The shooting led to a lawsuit and was among the incidents featured in a BGA/WBEZ report on police shootings earlier this year, along with a 2009 incident in Evanston.

Cook said his goal in returning to Evanston is to “get down to the root causes” of mistrust between community residents and the police.

“We’re going to discuss things in a way that is civil and respectful for both parties and make positive change for the city,” he said.

Asked about the budget issues facing the department, he said he believes in zero-based budgeting.

“You guys have got some really nice cars here,” Cook said to officers standing in the room during the news conference. “I want to keep them nice so we can get a little bit more out of them.”

Beyond that, he said he’d do whatever the city manager believes is necessary to be efficient and control costs.

Cook will start his job here on Jan. 2 and said he plans to live in Evanston.