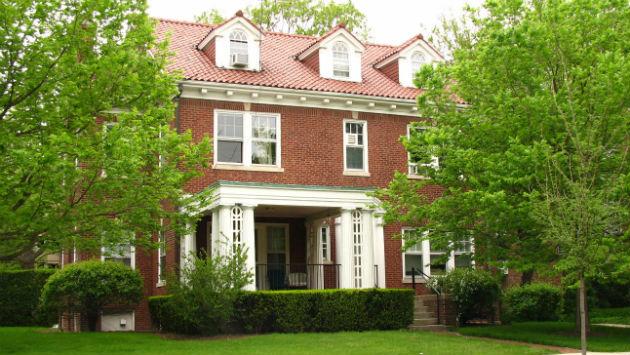 Evanston aldermen tonight are to decide whether to designate the building at 1726 Hinman Ave. as a city landmark or let the property’s owner, the Sigma Chi Foundation, move ahead with plans to demolish it.

The city’s Preservation Commission, at the request of Jim Kollross of 1210 Michigan Ave., has voted to designate the property as a landmark because it was built by and the home of a Swedish-American architect, John Augustus Nyden.

Nyden had demolished a Queen Anne Victorian home that previously existed on the site to build his home.

The commission also claims that the building is a fine example of Colonial Revival architecture.

The foundation and its architectural consultant argue that the building lacks the symmetry and other architectural featuers that characterize the Colonial Revival style. And they say Nyden “appears on no known list of preeminient architects or in any known architectural history books or publications.”

They also argue that it would be prohibitively expensive — at an estimated cost of $3.2 million — to restore the building, and that the cost would interfere with the foundation’s ability to carry out its charitable activities.

The foundation had assets of over $27 million according to its most recent IRS 990 filing. It awards scholarships to members of its namesake fraternity and provides training for fraternity chapter leaders.

The foundation also argues that through several decades of its activities the Preservation Commission had failed to indicate that the site was worthy of preservation, even though it sits just across the street from the Lakeshore Historic District.