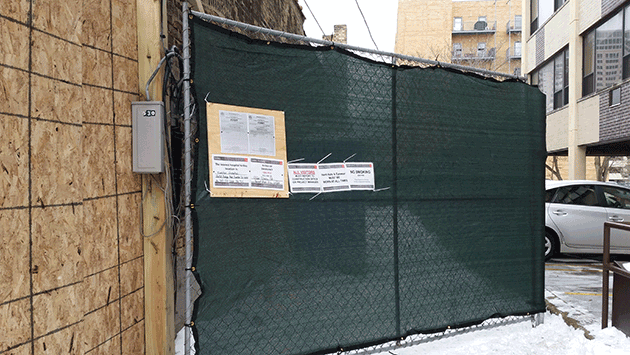 The construction — or should we say demolition — fence is up behind the old Tom Thumb building on Davis Street.

And owner Dan Kelch says demolition work has begun to clear the site for a new incarnation of his LuLu's and Taco Diablo restaurants.

Kelch shared on the LuLu's Facebook page a rendering of the new building at 1026 Davis St. — which will house the two restaurants plus additional retail space on the first floor and have an outdoor rooftop deck for an event space on the second floor.

The former Taco Diablo site, across the street from the new one, was destroyed by fire in December 2013, not long after Kelch announced plans to close LuLu's old location, which has since become the home to the new Boltwood restaurant.

The Tom Thumb hobby shop closed last year after 49 years on Evanston, and its owners moved the business to a smaller location closer to their home in Niles.