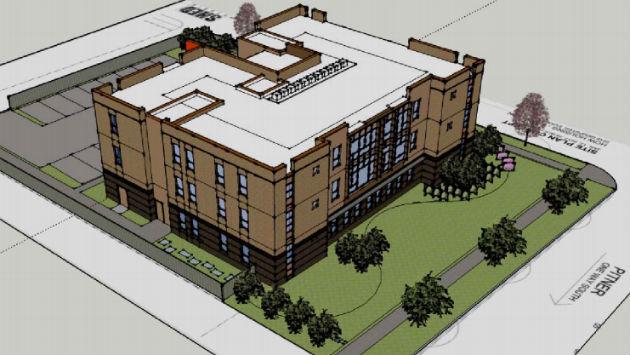 City staff Wednesday suggested some relatively modest revisions to plans for a 16-unit affordable housing development at 2215 Dempster St., while neighbors continued to complain that the development is too dense for the site.

The project meets all provisions of the city zoning code for the R5 zone in which its located but some neighbors in surrounding areas that are mostly zoned R2 aren’t happy about it. 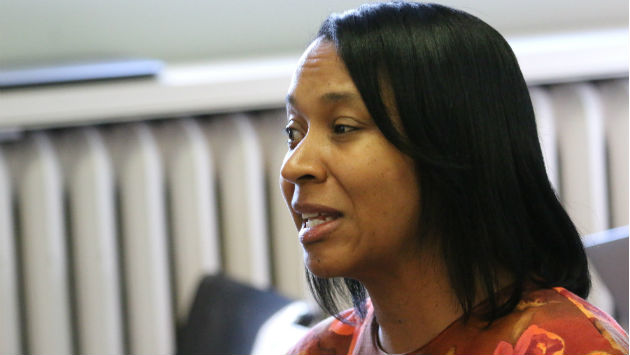 Vanessa Johnson-McCoy, a real estate broker and nearby resident, said, “I’m all for affordable housing, that’s not the concern I have, but 16 units is too many for that corner.”

She, and other neighbors, also raised concerns about the development’s impact on parking in the neighborhood, and drainage and storm water problems causing backups into their basements that they feared would be aggravated by the new development.

The project is planned to have a storm water detention system under its parking lot, and City Engineer Lara Biggs said that would likely reduce any stormwater runoff problems in the neighborhood, compared to current conditions. 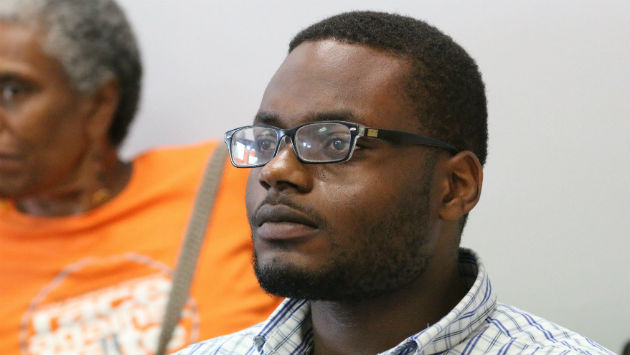 Evanston City Clerk Devon Reid said he lives in the 5th Ward, rather than near the 2nd Ward project site, but  added, “As someone who was formerly homeless, as a teenager, I think we have to stand up and affirm our values supporting affordable housing.”

He added that the availability of bus service on Dempster Street should reduce parking concerns.

Community Development Director Johanna Leonard suggested the building design should provide a package handling room — that a traditional mailroom isn’t sufficient any more. She also suggested UPS and Fedex drivers are “very aggressive” and that the city wouldn’t want them stopping on Dempster to make deliveries to the building.

Planning and Zoning Administrator Scott Mangum said the Pitner side of the building “doesn’t relate to the street.” He suggested adding a secondary entrance to the building on that side.

After making several other suggestions, the Design and Project Review Committee decided to continue its preliminary review of the plans next week.

That would be followed later by a review of final plans for the project.

Sarah Flax, the city’s Housing and Grants Administrator, says the developer, Housing Opportunities for Women, has received a funding commitment for the project from the Illinois Housing Development Authority.

The group’s request for additional funding from the City of Evanston is scheduled to be considered at the Sept. 7 meeting of the Housing, Homelessness and Human Relations Commission. That request would then also require full City Council approval.