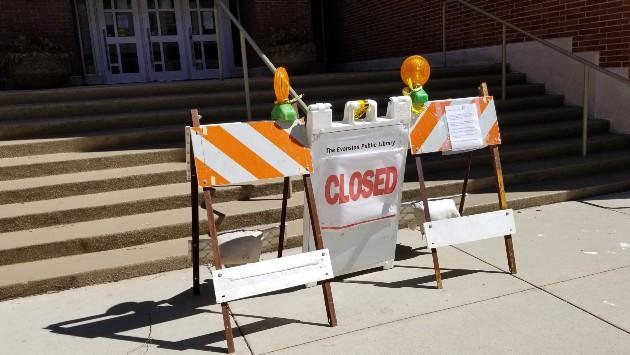 Despite a hiring freeze, other budget cuts and plans to use up a budget surplus, Evanston aldermen will still be faced with a $4.2 million anticipated general fund budget gap when they hold a virtual meeting Monday night.

The city’s chief financial officer, Hitesh Desai, in a memo to aldermen, says he anticipates a $10.6 million shortfall in general fund revenue as a result of the pandemic.

That estimate was developed several weeks ago and hasn’t been updated to reflect Gov. Pritzker’s decision last week to extend Illinois’ stay-at-home order from the end of April to the end of May.

Desai says a freeze on filling 38 vacant general fund positions could save $2.3 million if they’re all left vacant for the rest of the year.

He says Interim City Manager Erika Storlie has also ordered a 5 percent reduction in non-personnel expenses, which should generate another $1 million in savings.

He also recommends reducing transfers from the general fund to the debt service, equipment replacement and insurance funds to cut current-year expenses by $1.5 million.

And he proposes that the city use up a $1.6 million general fund surplus included in the 2020 budget City Council adopted last November.

All those steps, he says should cut the revenue shortfall from $10.6 million to $4.2 million.

As for how to close the remaining gap, he says the city is in discussion with its employee unions about cost cuts that could include unpaid holidays or furlough days and layoffs.

He says each unpaid day for all full-time city employees would yield about $200,000 in savings for the general fund.

He says the city has also renegotiated its contract with SP+ for managmeent of the three city-owned parking garages, shifting maintenance and security work at the garages to city employees for what’s expected to be a savings of  $600,000 or more by the end of this year.

Charts included with Desai’s memo indicate that the city expects to see a gradual recovery of sales tax revenue starting in June, with a drop of nearly 31% this month reduced to just over 10% by December.

The city’s share of state income tax revenue, forecast to be down by 25% this month, is seen recovering starting in August and back to within 5% of budgeted levels by December.

The charts also forecast that hotel, amusement and liquor tax revenue, down 60% this month, will start to recover in August and be down only 13% for the month of December.

It forsees fees from city recreation programs — down 74% this month, returning to normal by July.

And transportation taxes and parking ticket revenue, down nearly 54% this month, are seen recovering substantially by August and back to normal by November.