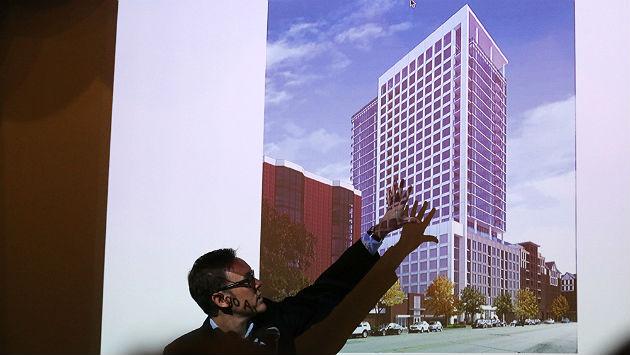 Developer Jeff Michael told Evanston residents at a community meeting Tuesday night that “The Legacy,” his planned luxury 25-story tower at 1621 Chicago Ave., could be developed as condominiums.

Some objectors to new high-rise rental project proposed downtown have recently suggested that condos would be more desirable.

“We’re looking at both” the condo and rental models very closely, Michael said, “and I feel there is strong demand for luxury condominiums.”

No large condominium projects have been built in Evanston since the real estate market crash a decade ago. 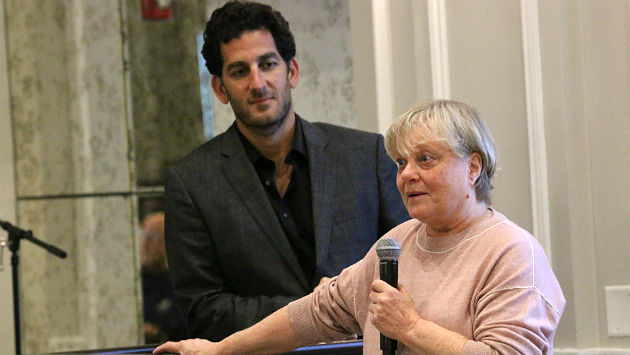 Introduced by Alderman Judy Fiske, 1st Ward, who said she’s opposed to his plans for the site, Michael stressed his family firm’s work to restore The Merion, the senior living property at 1611 Chicago Ave. where the meeting was held.

The building “was an atrocity” when his Horizon Realty Group purchased it, Michael said, “We’ve put more than $40 million into renovations and are poised to be host to over 200 seniors.” 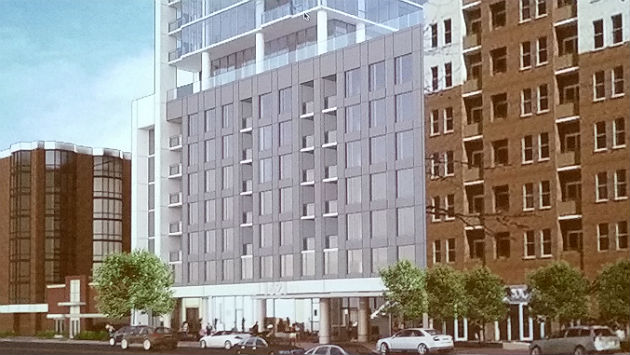 A rendering looking northeast along Chicago Avenue with the recently completed addition to The Merion on the right.

Architect Tim Kent of Chicago-based Pappagorge Haymes said the planned design would feature retail space and an entrance drive off the street on the first floor. The next six floors would have apartments facing the street with parking to the rear.

The design would transition to a more slender tower above that and reach a total height of 261 feet.

The plans call for 215 apartment units, 149 parking spaces and storage for over 100 bikes. 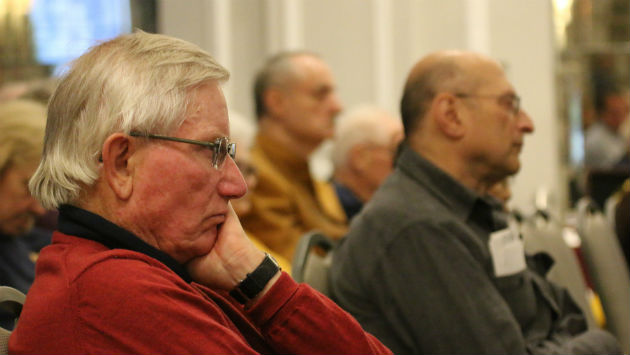 Residents at the meeting.

Almost all the residents who spoke at the meeting voiced objections to the project.

A resident of the Park Evanston tower across the street complained about losing her views of the lake. A resident of the eight-story 522 Church building to the north said it would cast her apartment into shadows.

Others claimed the planned parking was insufficient, objected to the curb-cut for the entry drive, complained about parking congestion in the alley behind the building and asserted that the high-rise would harm the value of buildings to the east on Hinman and Judson avenues. 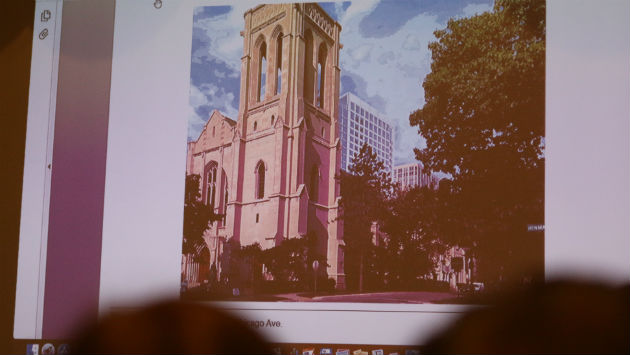 Kent showed a Google Maps photo of First United Methodist Church at Church Street and Hinman Avenue, with the existing Park Evanston tower to the rear and a rendering of the planned new tower added in between. 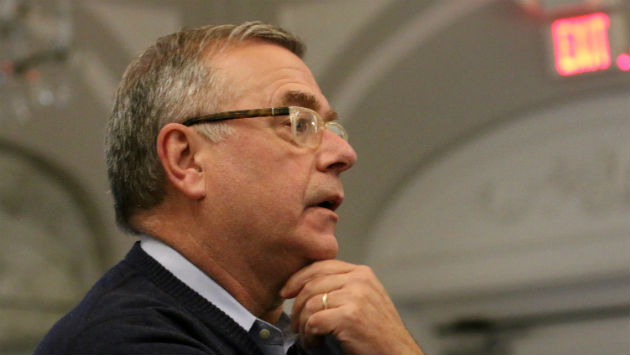 But the senior pastor of the church, Dean Francis, claimed the rendering was “not even close” to what the actual view would be.

Francis also claimed that The Merion owners were unresponsive to complaints from the church about construction workers using church parking spaces during the expansion of The Merion.

And he said the new building “would completely ignore the heritage” of Evanston represented by the church.

Assuming the developers proceed to submit formal plans to the city for the new building, that will trigger a public review process with likely a half dozen meetings spread over as many months.