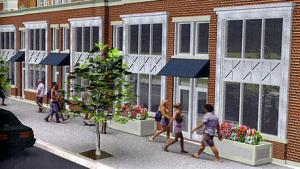 Evanston aldermen this evening will be asked to approve giving the developer of a proposed apartment complex on Chicago Avenue price break of about 15 percent on city-owned land needed for the project. 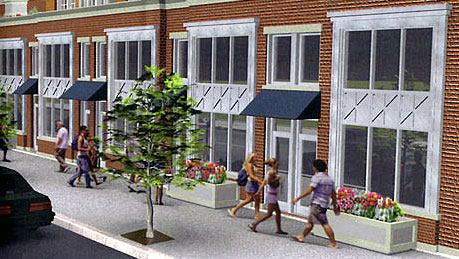 Evanston aldermen this evening will be asked to approve giving the developer of a proposed apartment complex on Chicago Avenue price break of about 15 percent on city-owned land needed for the project.

The developer, AMLI Residential, agreed in 2008 to pay the city $900,000 for the lot in the 700 block of Chicago Avenue that then was leased to an adjacent auto dealer for parking space. Except for the parking lot, the parcels are now controlled by AMLI.

That year the city approved a planned development for several parcels along Chicago Avenue south of Kedzie Street under which AMLI would construct 214 apartment units.

The proposed new price for the city owned parcel — $770,085 — is described by city officials as at the high end of the estimated values for the land identified by a city-hired appraiser earlier this year.

AMLI officials had said at the time the development was initially approved that their financing was secure and they were prepared to move forward with the project, but the downturn in the real estate market has stalled the project.

City officials now say AMLI hopes to start construction by the end of this year, with completion by the middle of 2013.

There was no indication in a staff memo discussing the new proposal of why the city an AMLI didn't go through with the sale of the land in 2008, when the purchase agreement was first approved.

Aldermen had voted to include a provision in the original agreement that would have let the city reclaim the property if the developer didn't go through with construction of the complex.

Above: A rendering from 2008 of proposed live-work units in the development that would face Chicago Avenue.