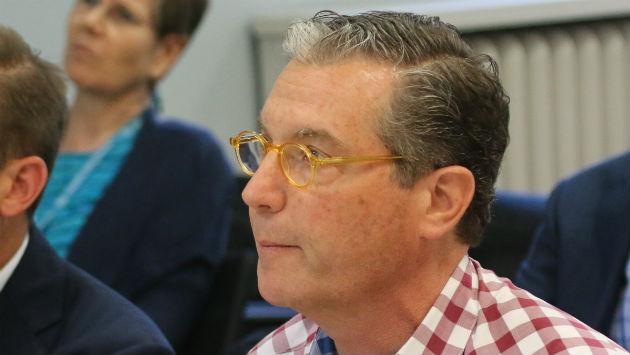 The developer of the first and so far only project to offer on-site affordable housing units under Evanston's so-called inclusionary housing ordinance complained Wednesday that city demands for other features would make the project unfeasible.

At the city's Design and Project Review Committee meeting Greg DeStefano said city staff's insistance that the project at 824-828 Noyes St. include a green roof is impractical for a wood-frame structure and he complained that demands from staff and neighborhood residents for an all-brick, or nearly all-brick facade would also bust the budget.

He further objected that a proposed city ban on letting residents of his building qualify for on-street parking permits would be discriminatory — because residents of all existing buildings in the area — including ones that offer far less parking than his project — are eligible for those permits.

He said that decision would also encourage more students, who tend not to have cars, to live in the building — contrary to neighbors' desire to limit the number of student tenants. 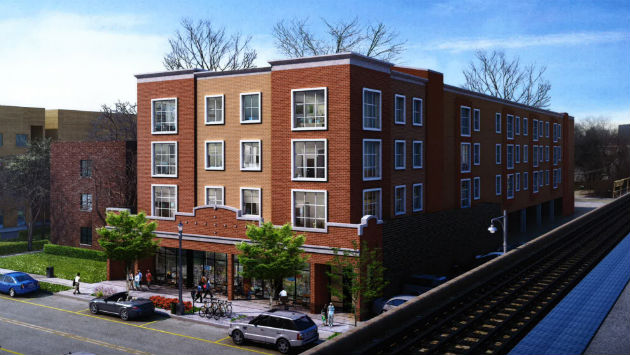 A rendering of the planned building at 824-828 Noyes St. as seen from the adjacent "L" platform.

In response, Planning and Zoning Division Manager Damir Latinovic said that if the project is providing sufficient parking for its residents, they shouldn't need on-street parking permits.

DeStefano responded that the site could also be developed with no new housing, leaving the existing one-story commercial building in place and reconfiguring the lot behind the building with 48 parking spaces. That would meet the city's parking goals, he suggested — but do nothing to provide affordable housing.

"All these things you would like to do to the building — I'd love to — but I can't do it because the building won't work financially," DeStefano said.

Doing a 100 percent brick facade would add $350,000 to the cost, he claimed, adding that if he only provided two affordable units rather than four, then he could use that money to do a green roof.

Latinovic, in arguing for the more expensive materials, said the project was "very good" for the site height-wise and density-wise, "but not a great project. The exterior materials chosen prevent it from being great."

But DeStefano argued that the older neighboring buildings aren't all brick either. "They're brick with stucco," he said

The committee voted to forward the project proposal to the Plan Commission with those issues unresolved.

The Plan Commission is expected to hold a hearing on the proposal next month, and the planned development could reach the City Council for review in August or September.

Because of the density proposed in the 44-unit project, it will require a two-thirds vote by the City Council to be approved.