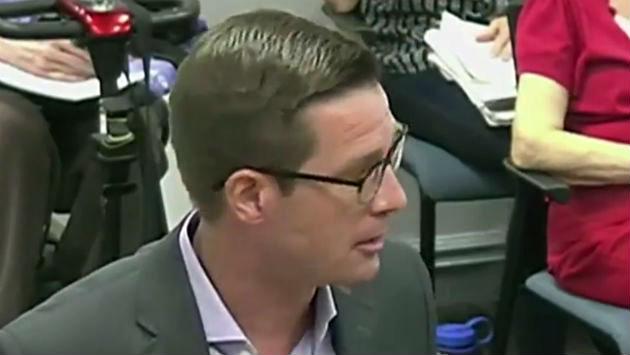 A project designed to stay within Evanston’s zoning limits wouldn’t be feasible to build, the president of Albion Residential told the Plan Commission Wednesday night in response to a resident’s question.

Asked whether a project that met the zoning code’s requirement to have no more than 93 dwelling units but with a floor area ratio of up to 6.0, Jason Koehn said a project like that would end up composed of condos averaging about 2,100 square feet, which would have to be priced at well over $1 million each to cover construction costs.

Koehn said there’s no evidence of sufficient demand in Evanston for units of that size and price.

So, he said, “If that’s what I had to do, I would not pursue the project.”

Instead, Albion is asking to construct 287 rental apartments with an average size of 726 square feet — mostly studio and one bedroom units — designed to attract a mix of young professionals and empty nesters. 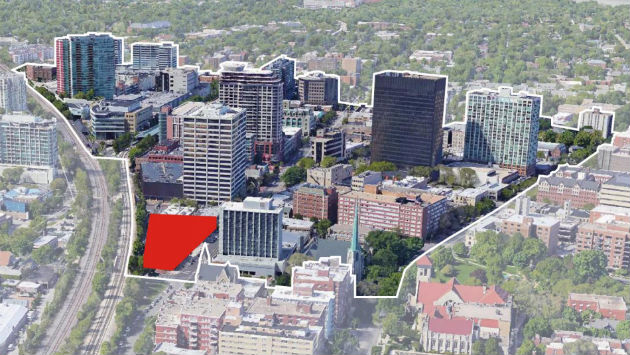 A skyline view of downtown Evanston with the propose Albion site highlighted in red.

The developer has agreed to provide the required $2.9 million contribution to the city’s affordable housing fund and also include two on-site affordable units that aren’t required under terms of the ordinance.

Sue Loellbach, manager of advocacy for Connections for the Homeless, urged that instead a solution be found that would place more affordable units on site.

“I know the proposal meets the affordable housing ordinance,” Loellbach said, but she urged further discussion between the developer and city staff to address the issue.

Koehn said it’s not economically feasible to provide the same number of units on site.

A studio apartment priced to be affordable for someone making 60 percent of area median income, he said, would yield only half the income of the same unit at market rate, he said, creating a valuation gap of roughly $200,000 for the on-site affordable unit.

Under Plan Commission rules any property owner within 1,000 feet of the development can request a continuance of the hearing to gather more information to support their objections to the project.

The commisison received four such requests and voted to resume the hearing at its Wednesday, Sept. 13, meeting at 7 p.m. at the Civic Center.