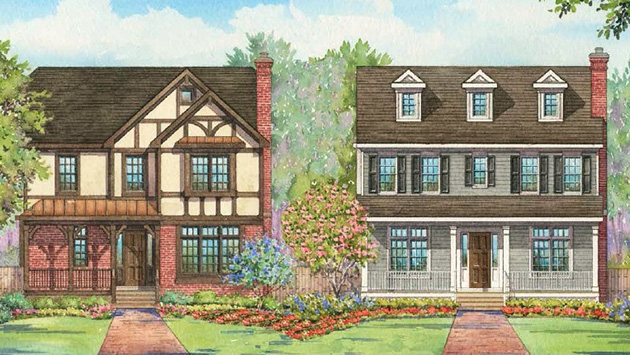 Developers of the former Kendall College site in Evanston say they plan to break ground for a model home on the property "before the holidays."

The Kendall site has been vacant for years and it's been nearly a decade since the college announced plans to move to Chicago.

The homes will have 3,000 to 6,000 square feet of space with traditional exterior styles and what the developers say will be "luxurious modern interiors."

All homes will include a two-car garage, full finished basement, and a fully manicured fenced front yard.

Final prices, Meyers says, haven't been determined, but last spring he said they likely would start at around $1.2 million.

The first homes are expected to be ready for occupancy by next spring or summer.

Top: Renderings of two home designs for the Kendall site.