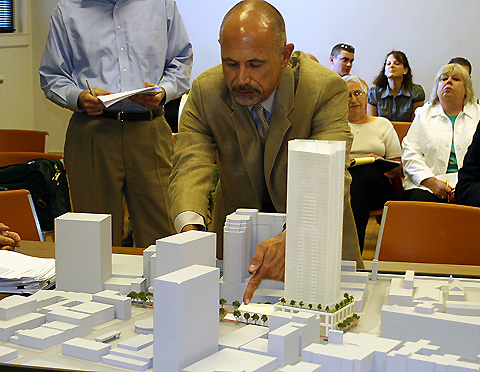 Architect George Halik points to show how Fountain Square would be enlarged if the city bought and demolished the six-story office building there now, as the developers suggest.

Developers of the proposed 49-story retail and condo tower at 708 Church St. in downtown Evanston showed off a model of the project at a Site Plan and Appearance Review Committee meeting this afternoon.

The pre-application conference about the project is a preliminary step on the way to review of the proposal by the Plan Commission expected later this summer.

See more photos of the model in the Fountain Square image gallery.