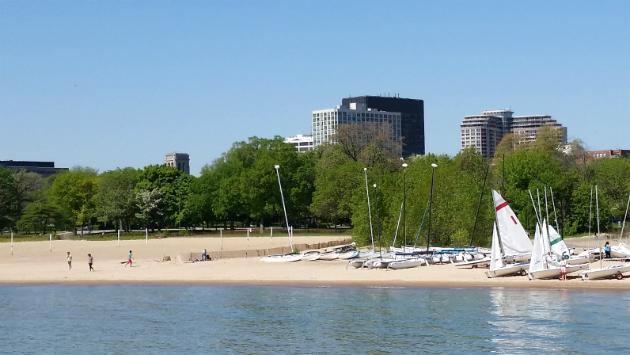 Evanston continued to be a place more people wanted to live in 2015, despite concerns about the high cost of housing.

Top stories among Evanston Now readers this year included a report that billed the city as "one of the 20 best towns in America." (The story ranked #37 on our top 100 stories list.)

And a real estate site labeled the city's Lakeshore Historic District one of the five "hottest" neighborhoods in the Chicago metro area (#46). 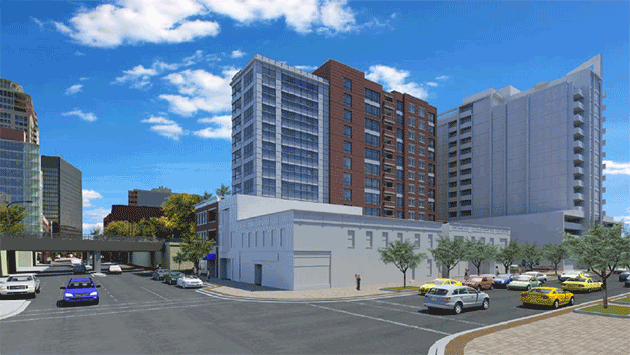 A rendering of the planned 1571 Maple Ave. development, looking east on Davis Street from Maple.

Developers continued to seek to add new housing — most of it in "transit-oriented developments" close to Metra and CTA stations.

And, despite opposition from residents of a neighboring building, they also approved a 12-story, 101-unit rental development downtown at 1571 Maple Ave. where construction is expected to start early next year.

And plans are also in the works to build a high-rise assisted living development at 1815 Ridge Ave., the site of a shuttered industrial laundry that made the news when a fire caused part of the old building to collapse (#85). 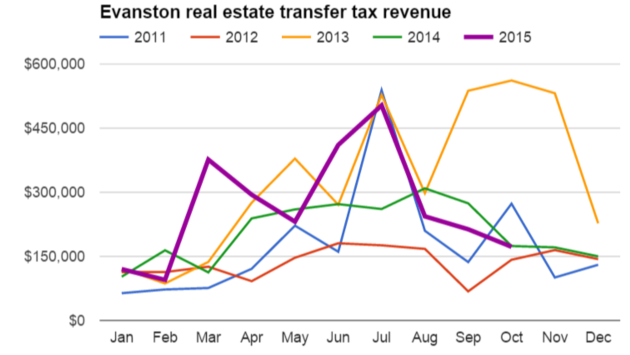 Property sales through November generated $2.865 million in real estate transfer tax revenue for the city — up 22 percent from the same point in 2014 — but below the recent peak in 2013.

Building permit revenue was down to $5.8 million through November, compared to $8.2 million for all of 2014 — largely because some major construction projects at Northwestern University that had been scheduled for this year are now not expected to begin until early 2016.

At mid-year city officials compared data from a national study of major metro areas to local figures for Evanston and concluded that the city is not attractive for minorities (#52) because of relatively high housing costs and low home-ownership rates.

And amid agitation for action by housing activists, the City Council last month voted to expand the scope of a subsidized housing ordinance that would add new costs to market-rate construction projects.