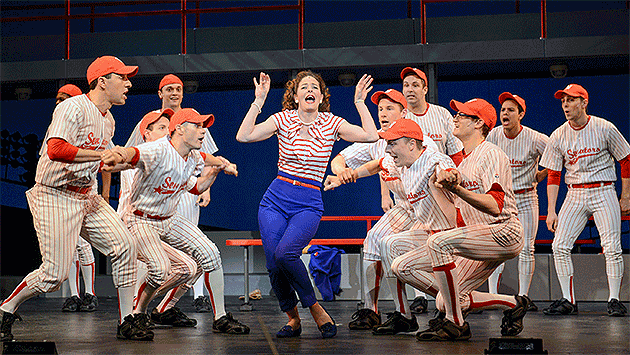 The revival of the 1955 musical, about a middle-aged baseball fan's Faustian bargain to help his hapless Washington Senators to a pennant victory, stars the company's artistic director, Rudy Hogenmiller, as the devil, Brian Acker as the come-from-nowhere baseball phenom Joe Hardy and Erica Evans as the devilish temptress Lola. 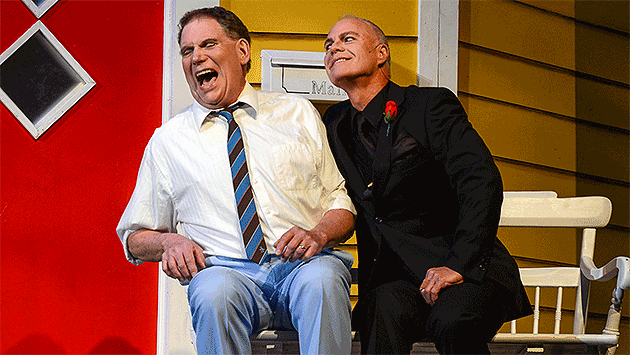 The show features popular tunes, including "Whatever Lola Wants (Lola Gets)" and "You Gotta Have Heart," performed by the 28-piece Light Opera Works orchestra. 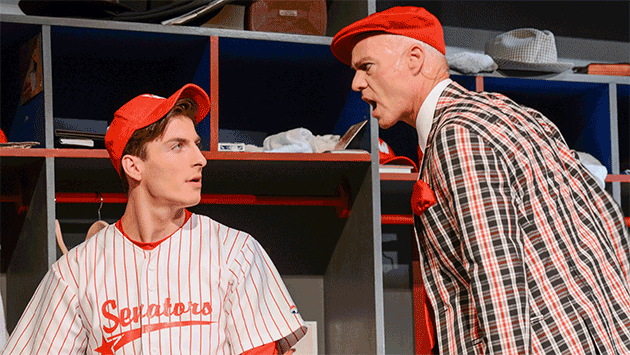 The devil chews out Joe Hardy, played by Brian Acker, when he has doubts about the bargain. (Photos by Chris Ocken)

All ends well, of course, in this confection from the prime of the Broadway musical with words and music by Richard Adler and Jerry Ross and book by George Abbott and Douglass Wallop.

The show runs through June 15 and is the first of four productions in Light Opera Works' 34th season.