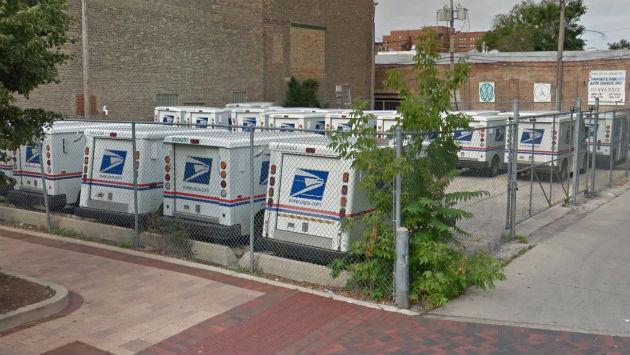 Evanston aldermen Monday postponed a vote on renewing a lease to park postal service trucks in a city parking lot off a downtown block that's seeing a spurt of new restaurant activity.

Dan Kelch, co-owner of three of the new dining spots, said there's a better use for the parking lot at 1612-16 Maple Ave. than overnight parking for trucks.

"With more restaurants and other active development coming to the 1000 block of Davis Street," Kelch said, it would be better to use the lot of customer parking for the new businesses.

Alderman Don, Wilson, 4th Ward, added that the success of the new businesses is pushing parking demand out into the surrounding neighborhood, which is creating some stress there.

Back in January the city balked at a proposal from the postal service to cut the rate it pays for the parking spaces by 20 percent and lock in that rate for 15 years.

At the time, Assistant City Manager Marty Lyons said he believed the city could get $130 per space per month rather than the $100 it has been getting, through a combination of daytime commuter parking permits and evening valet parking service.

The contract before aldermen Monday called for a $115 per month rate to the postal service and a two year term for the 24 spaces in the parking lot.

It also called for the same rate and term for 44 spaces that the postal service leases at the Maple Avenue garage.

The council postponed a vote on the lease for two weeks to give city staff time to explore other alternatives.

The current four-year lease agreement expires at the end of October.