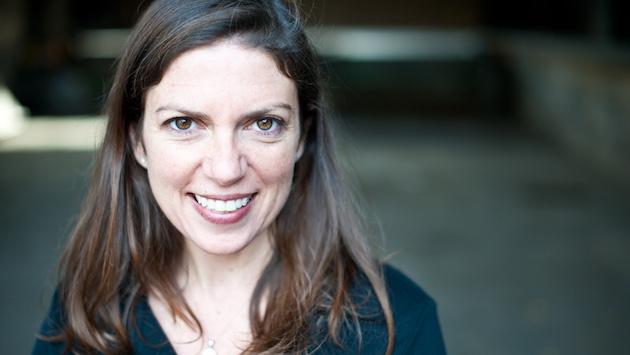 Kimberly Senior, an Evanston resident and freelance director of such hits as Pulitzer Prize winning “Disgraced” and The Goodman's “Rapture, Blister, Burn,” is currently directing the Route 66 production of “No Wake.” 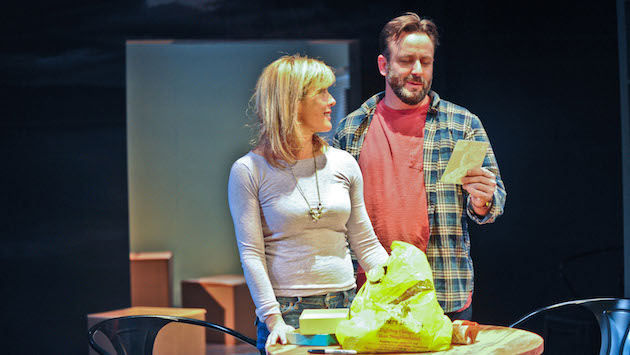 Lia Mortensen and Stef Tovar in "No Wake," directed by Kimberly Senior. Photo by Brandon Dahlquist.

Senior is a prolific director in the Chicago area and the rest of the country who has been consistently producing hits, partially due to her unflagging belief in herself and in her work.

“I went to Connecticut College, and it had a very small theatre department,” said Senior. “You sort of put [your curriculum] together yourself, so I learned how to do a bunch of things. It was there that I directed ‘Cowboy Mouth’ by Sam Shepard. I had no idea what I was doing; I woke my friends up very late to rehearse; it was this reckless thing that happened.”

“I still talk about this recklessness and spontaneity with my students. When I teach, I say, your inspiration and intuition are already gifts. I feel like that’s what guided me. I’ve never, to this day, taken a directing class, though I’ve taught many of them.”

Senior’s “recklessness” ballooned out of her parents’ avid cultural education of their children, to an acting career (which Senior says “all young people want”), and on to more gigs and exploration that landed her in Chicago.

“My career sort of unfolded in this accidental and exciting way,” said Senior. Luckily for her, she’s “never had a fellowship or a grant, or waited tables- I just pursued every opportunity I could. I came to Chicago for a Steppenwolf internship, and didn’t intend to stay here, but I fell in love with storefront theatres. I thought, this is my next training ground, where I belong.”

As with many young Chicagoland artists, Senior spent a lot of time in the early years getting to know the scene and finding who she wanted to work with- her “tribe.” “I put an ad in the Reader- pre-internet- for collaborators,” she laughs. She can’t remember exactly what the ad said, but out of the responses to the ad (meetings in coffee shops), Collaboraction Theater company was born.

“My work from the early days has always been about the audience, and how they’re affected,” said Senior. “Whether we’re challenging their beliefs, or making them laugh, I think there’s a trauma at the center of every play, and we spend the play trying to heal that trauma. The reason we repeat these stories is that we still don’t get it.”

“I remember talking with a group of young women about ‘Rapture, Blister, Burn,’ and they said, ‘I don’t understand why they like this guy.’ The theatre allows us to use this tool of the actors, sacrificing themselves onstage, so we can figure that out.”

Kimberly Senior's current production, “No Wake,” revolves around the grieving and bare-bones emotional process after the loss of a loved one. “The trauma actually isn’t the death of the daughter, she’s gone before we start the play, so we have to ask ourselves- what is the trauma then?” said Senior. “It’s about when we’re stripped down, what is left, in this barest place, and can we find each other again?” 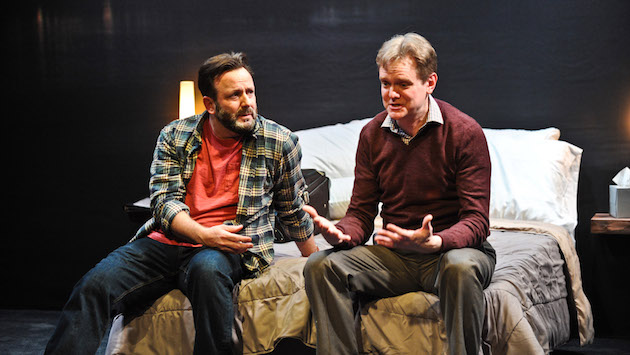 Stef Tovar and Raymond Fox in "No Wake," directed by Kimberly Senior. Photo by Brandon Dahlquist.

Senior has an eloquent and unassuming way of identifying the core of a project with little visible difficulty. This comes from an honest and open rehearsal process that identifies and isolates motivations and "incidents" in the play. “I always love rehearsing the last two weeks of the year," said Senior. "To hunker down with actors, when nobody’s out and around, and talk about dark shit is a really special place.”

“The actors have to trust each other. We have a lot of stuff that we talk about, and we see what happens if you’re just being in that moment, not living so much in what happened before…it’s a world premiere every night.”

“I can trust them to keep it alive," said Senior. "I’ll say, this has to be a moment of confrontation- but it can be a pinch, or a tickle, not the same thing every time…Our knowledge of the play changes. Because we are ever-changing, the work has to be changing…It’s the only profession where we want the professionals to feel terrified.”

Senior’s ability in conveying her ideas about theatre seems a reflection of her openness as a director and actor. “I love the agency of telling stories, I love people and actors, and making people be their best selves…I felt like in directing I had more of an opportunity to shepherd those stories,” she said, but with a caveat: Senior is taking acting up again in July of this year, with a project years in the making.

“A few years ago, my collaborator Mark Montgomery started talking with me about a new way of making theatre; that we would know years in advance that we’d be making a play,” she said. “It’s ‘Ivanov,’ translated by my dear friend Curt Columbus…We’ve basically had this core company for two years. But Curt was like, I’ve always heard you in this role.” Senior shrugs and says she took on the acting part at Columbus's request.

Senior is full of excitement, happy terror, and anticipation about the project ‘Ivanov.’ As with her career, which started with recklessness and accident, Senior is barreling into this new territory full-tilt. “We’re going to try this in July at The Den, and see how it goes!”

“No Wake” runs through Feb. 7 at the Greenhouse Theatre, 2257 N. Lincoln Ave. in Chicago. Tickets are available online.