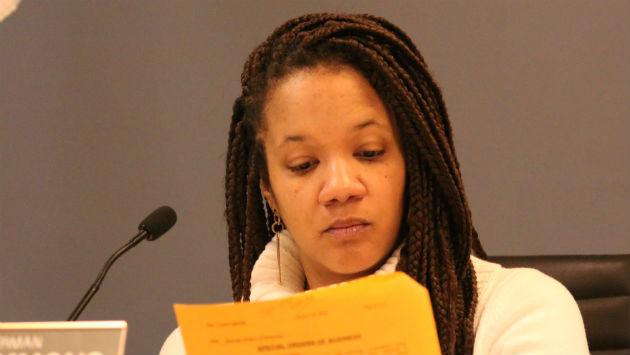 Evanston aldermen had difficulty agreeing this week on details of a plan to provide financial help to landlords who want to fix up apartments they rent to low and moderate income residents.

Alderman Robin Rue-Simmons, 5th Ward, said she wanted to require the landlords to commit to keep their rents affordable for longer than city staff had proposed.

The staff memo called for an affordability period requirement of between five and 15 years, depending on the amount of assistance the city would provide.

Alderman Cicely Fleming, 9th Ward, said there should be a cap on how much assistance the city would provide to a single landlord and added that she would like to see the program designed to attract new landlords who aren’t renting at affordable rates now.

Some landlords who hope to benefit from the progam said a proposed requirement that they pay for the improvements first and then seek reimbursement from the city for half the amount was unworkable. “If we had the money, we wouldn’t need your help,” said landlord Tina Paden.

Alderman Don Wilson, 4th Ward, said he favored moving ahead with a trial version of the program, which called for a first-year allocation of $200,000 from the city’s affordable housing fund, but said he agreed that its logistics “need to be done a little differently.”

Alderman Ann Rainey, 8th Ward, suggested not requiring a match from the landlords, but Mayor Steve Hagerty disagreed, saying “people need to have skin in the game to make the program successful.”

Rainey also suggested limiting the assistance under this program to $5,000 per unit and using the existing, federally-funded, Community Development Block Grant rehab program for larger projects.

It requires more paperwork, Rainey said, but some owners have renovated entire buildings with that program.

The aldermen ultimately agreed to have staff come up with a revised version of the proposal — perhaps with alternative options — and present it at the Feb. 26 meeting of the Administration and Public Works Committee.