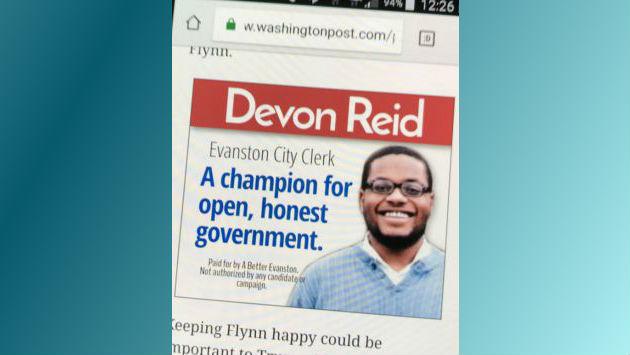 The Republican-affiliated political action committee that made a late splash in Evanston’s election this year by running ads disavowed by all the candidates it supported has reported spending $10,000 on the effort.

A Better Evanston, in a report filed with the State Board of Elections says it has debts of that amount to a digital advertising firm called Xpress Professional Services, Inc.

The group lists as its committee chair Blair Garber, who is is the Evanston Township Republican Committeeman, the state GOP Central Committeeman for the 9th Congressional District and chairman of the Illinois State Lottery Control Board.

Once those ties became apparent, Hagerty repudiated the group’s endorsement, and the two other candidates it backed soon followed suit.

A Better Evanston didn’t report receiving any contributions in its report to the state and, with no funds on hand, it wasn’t clear how it plans to pay its debt to the ad agency.

Efforts to reach Garber for comment so far have been unsuccessful.