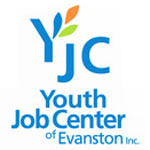 Fifteen unemployed young adults would get job training over the next six months under an $80,000 grant to the Youth Job Center that Evanston aldermen are scheduled to approve Tuesday night.

The pilot program is part of the city's youth engagement initiative.

The city's community services director, Doug Gaynor, says in a memo to aldermen that the project is designed to provide the participants with a "career pathway plan" leading to certification in a variety of technical fields ranging from auto repair and health care to information technology.

The job center will provide paid on-the-job training and internships along with counseling, coaching and follow-up services.

Gaynor says city staff has already identified 60 young adults between the ages of 18 and 26 who are out of school and not in the workforce who would be eligible for the program.

Recent federal reports estimate that nationwide 6.7 million people between the ages of 16 and 24 are out of school and not working, and that they cost the nation $93 billion in direct and indirect social costs each year — or nearly $14,000 per person.

If those "disconnected" young people were equally distributed across the country, there would be roughly 1,675 of them in Evanston.

Gaynor's memo says that because of the YJC's primary focus on job training it's "better able to provide individuals with career placement in the most expeditious manner" than the city's own staff.