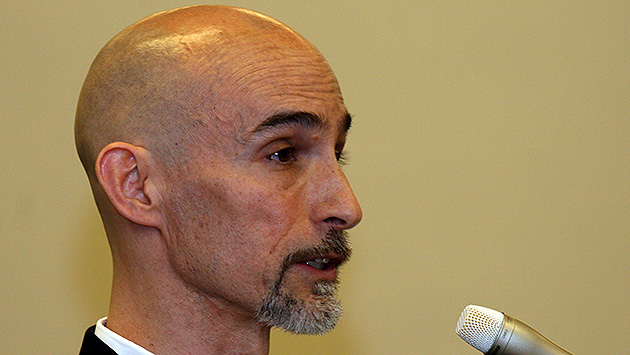 Co-founder and Artistic Director of Programming Larry DiStasi will become advising artistic director and join the Advisory Board as he focuses on his performing and personal artistic career.

DiStasi has been cast in the fall production of Treasure Island at Lookingglass Theatre, where he is a founding ensemble member.

"Five years ago, The Actors Gymnasium embarked on a bold capacity-building initiative with the goal of having in place by our 20th year an enduring, leading professional circus and performing arts institution. We have successfully achieved that goal. While I will remain involved, I can now focus on acting and other artistic pursuits knowing what we have built will continue to thrive," DiStasi said in a statement.

The Actors Gymnasium recently opened a second studio at the Noyes Cultural Arts Center. Its professional circus training program is set to launch in September.

"Larry has filled many roles over the years, including that of managing director," said Board President Sam Fishkin. "His focus on excellence helped build The Actors Gymnasium into one of the nation's premier circus and performing arts centers."