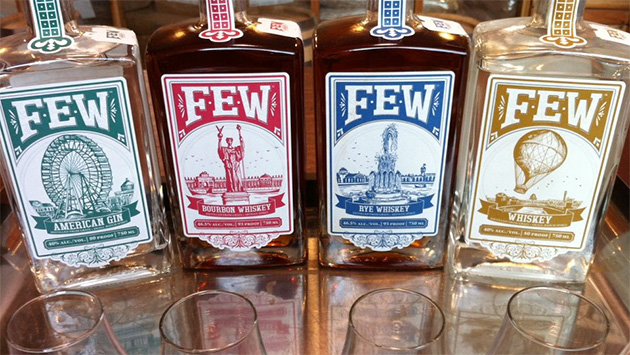 Evanston's only distillery — FEW Spirits — is seeking a $250,000 loan from the city to finance its expansion.

The craft distillery's owner Paul Hletko, in a memo to the city's Economic Development Committee, says the business, founded in 2010, is growing rapidly, with distribution to 12 states and two Canadian provinces.

And he says the firm has been winning awards, with its Barrel Aged Gin now the highest rated in the world.

Hletko uses the location of the business in the one-time home of the prohibition movement as part of its marketing appeal and says he wants to expand and add more employees here.

But he says that because of its rapid pace of growth it's having a hard time qualifying for sufficient commercial bank financing, which is based on a firm's historical performance.

The city's economic development division manager, Johanna Nyden, says in a memo that if the committee supports the loan idea, it could be funded through the city's business attraction, expansion and investment fund.

The committee is scheduled to discuss the proposal at its meeting tonight at 7:30 p.m. at the police outpost, 633 Howard St.