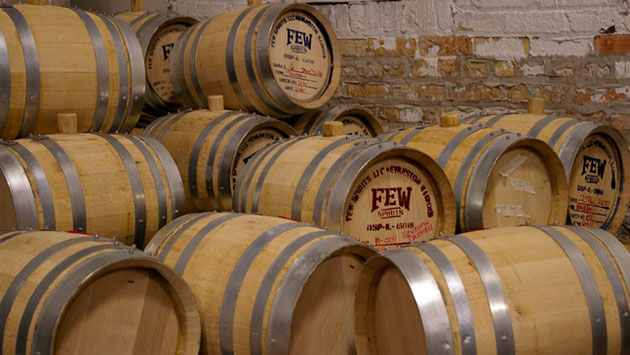 Evanston's only micro-distillery is seeking to become a little less micro.

Aldermen tonight will be asked to approve an increase in the annual production limit for Few Spirits at 918 Chicago Ave. from 5,000 to 15,000 gallons per year.

Owner Paul Hletko says business at the distillery, which held its grand opening just last fall, is going better than expected, with 120 accounts in the Chicago area and deals as well with distributors in Japan, China, New Zealand and Australia.

Hletko told the liquor control board last month that "the bottles say Evanston all over them, and bring Evanston consumer products to the rest of the world."

The distillery also plays off Evanston's history as a center of the prohibition movement — with the "FEW" in its name standing for the initials of temperance advocate Frances E. Willard.

The new, higher cap on production for micro-distilleries was written into state law last year, but Evanston's liquor ordinance needs to be amended to make the change effective here.

Top: Barrels of liquor at the distillery in an image from the Few Spirits website.