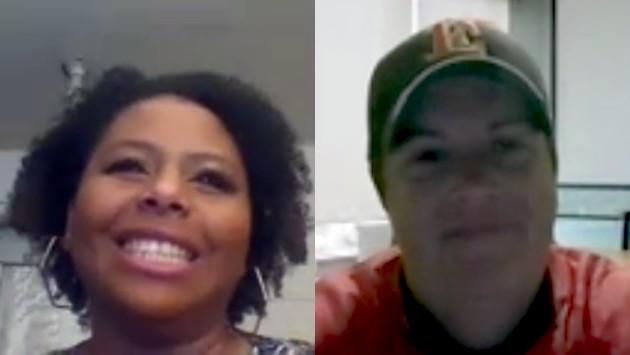 Evanston School District 65 will consider four options for the return to school this fall, incoming superintendent Devon Horton said at a board meeting Monday night.

In addition to an essentially normal scenario in which schools open “with no contact limiting,” which Horton called unlikely, the district’s schools could open with “significant safety, hygiene and social distancing,” which could include staggered class schedules, hybrid in-person/remote instruction and a ban on large gatherings.

The district could also implement social distancing measures while inviting only certain students and staff members to return in person.

Horton said factors might include students’ “age, academic standing, access to resources and care at home, and other unique needs,” and that the option was the result of survey responses that indicated concern about “marginalized students who may not be benefiting from the current remote structure.”

The final scenario would have schools remain closed and classes continue online. Horton said the quality of remote instruction would improve if it continued this fall because educators would be better-prepared to develop effective teaching strategies and materials.

“The country was hit with the pandemic out of nowhere,” he said. “So we had to create something that was viable and that made sense. And now we know there’s time for us to put all the structures in place for this to be effective.”

Any of these scenarios, Horton said, could pair with a change to the district’s academic calendar, either moving up the start of the school year or pushing it back.

The district’s Return to School task force will begin crafting plans when it meets for the first time Tuesday. Horton said the district has reached out to more than 60 community members to participate in the decision-making process.

The programs are “rooted in authentically engaging scientific phenomena that lead students to ask and explore questions,” as well as racial equity, according to a policy memo. Beardsley told board members that Great Minds includes a climate change component beginning in third grade.

The math curricula — Open Up Math for sixth graders and DesBook for seventh and eighth graders — are both built on the open source Illustrative Mathematics curriculum. Beardsley said the district’s two Desmos Teaching Fellows helped it become one of 40 districts accepted to pilot DesBook out of more than a thousand that applied.

The district will implement the new Illustrative Math programs instead of moving forward with a “compacted” math course for sixth and seventh graders that was intended to decrease course skipping and increase access for underrepresented students.

Three community members submitted comments opposing continued tracking in math, saying it is inequitable for students of color and asking for more clarity on the curriculum changes.

“The new curriculum that’s being piloted really is going to address some of the concerns that parents have around meeting kids where they are,” she said.

The meeting also saw members Anya Tanyavutti and Biz Lindsey-Ryan elected as board president and vice-president, respectively, for the next year.

“I’m so grateful and honored to have share this leadership journey with Anya Tanyavutti, one of the most intelligent, compassionate and forceful advocates I’ve ever worked with,” said outgoing president Suni Kartha. “I can think of no better time than right now, when our community needs strong black voices to guide our work, to be welcoming one of the best as our new board president.”

Tanyavutti said that recent protests around racial justice both caused her to feel pain and inspired her to work for a better world and a more equitable education system.

“My hope is that we lead in a way that ensures every child has academic and emotional readiness to take our seats down the line. And 30 years from now, when they do, they will be maintaining justice rather than fighting to build it,” she said. “So it’s with humility, and on the shoulders of my ancestors, and many bold voices that came before me that I step into this role.”