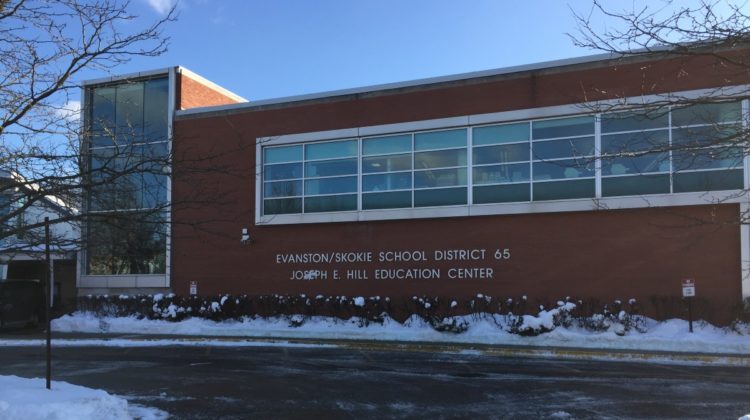 The historically emotional topic of redrawing school attendance lines is about to surface in Evanston/Skokie District 65.

In a memo for Monday’s Board of Education meeting, Sarita Smith, manager of student assignments, says, “It is time to review the entire school assignment plan and determine how we do it equitably and responsibly.”

The basis for this potential change is race, and whether all children are getting the best possible chance at a quality education.

The most recent Illinois School Report Card shows District 65 with 43% white students, 23% Black, 21% Hispanic, and the rest divided among Asian, multi-racial, and other groups.

The district report forecasts that enrollment will decline by more than 300 students, to just over 7,000 by the 2024-25 school year.

Smith says students in the predominantly-minority 5th Ward have been bused to schools in other parts of town since Foster School closed more than four decades ago. One rationale for new boundaries now is to save money on transportation. But if that was the only reason, this issue would probably not be nearly as contentious, and not require, as Smith puts it, “challenging conversations.”

Smith says the two most affluent wards have disproportionately more school buildings when compared to lower income communities. She says that District 65’s “permissive transfer process” for allowing children to change schools has become a “privileged passage of school choice.”

The District is outlining a multi-step process of employing consultants, studying the issue and getting community input, with a final plan going to the Board of Education in March 2022. Smith says an advisory panel will be made up of “up to 25 people who are passionate about school equity and believe all students have the right to a quality educational experience.”

It’s hard to imagine anyone who is opposed to those goals, but defining how to get there could be a political minefield. For example, the “Vision” that Smith outlines includes a new school for the 5th Ward. But with the district likely facing budget cuts in the future, some Board members have already conceded that opening a 5th Ward school means closing someplace else.

The redistricting goals are also being released less than two months before the District 65 Board of Education election, where five challengers and three incumbents are on the ballot. This issue may not be on the ballot on paper, but it no doubt will be on many minds.