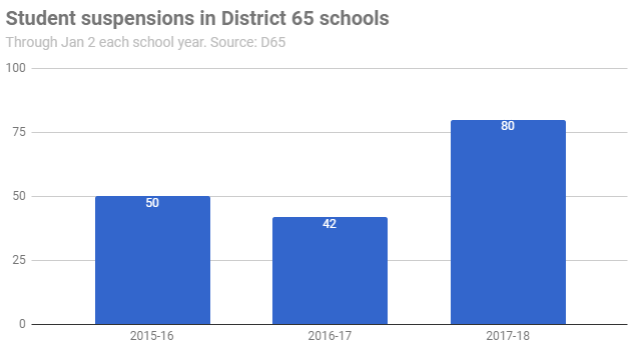 In the wake of a dramatic increase in the number of suspensions this fall, the Evanston/Skokie District 65 school board’s Policy Committee is scheduled Monday to discuss changing its suspension rules.

Administrators last month reported that the number of suspensions so far this school year nearly doubled from 42 to 80.

This year’s suspensions have involved 66 students and have resulted in students missing 139.5 days of school.

Minority students continue to be suspended at a much higher rate than whites, although the rate of suspensions for black students has declined slightly over the past three years, while the rate for whites has increased slightly. 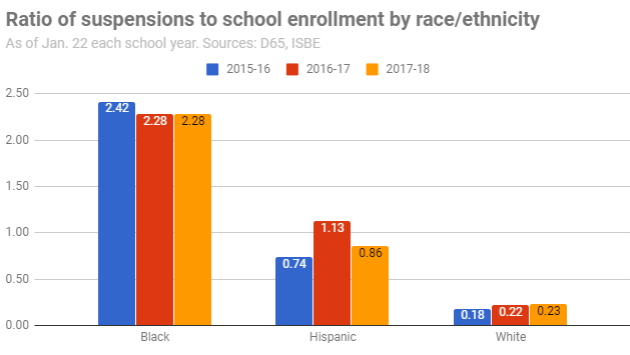 Roger Williams of OPAL, the Organization for Positive Action and Leadership, says the disparity is one more indicator of institutional racism, though he said the District is making some progress, including the decision to hire a director for black student success and an equity instructional coach. 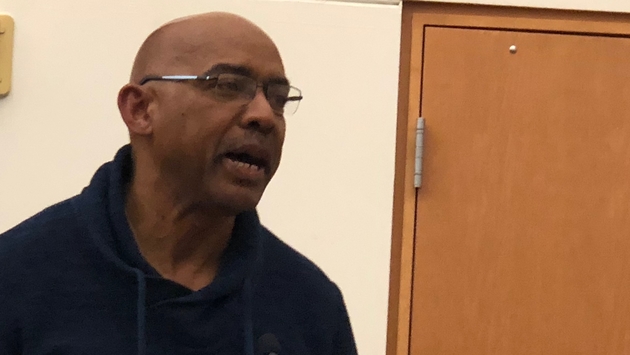 But, he says, “The truth of the matter is we still have a great deal of work to do.”

The meeting will be held at 6 p.m. Monday at the Hill Education Center, 1500 McDaniel Ave.