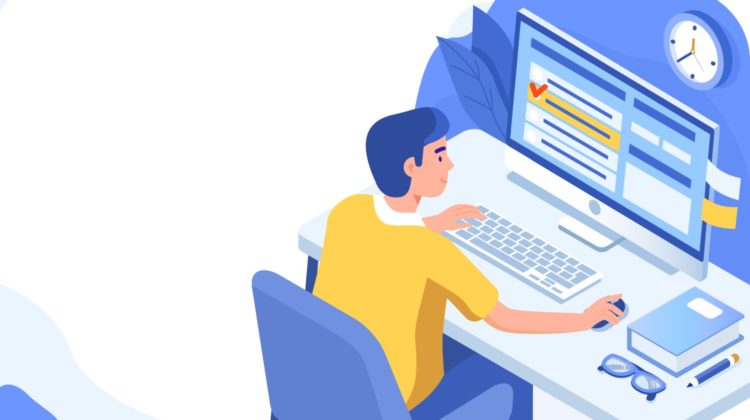 After stopping a community survey in its tracks last month “to re-evaluate for clarity and use of an equity lens,” as Superintendent Devon Horton said, the financially strapped Evanston/Skokie School District is once again asking for public input on future budget cuts.

But this latest survey is different in several ways than the one which was “paused.”

First of all, the new survey is in part a “School Finance 101” tutorial, with information about how the district gets its money, and questions about how aware survey respondents are of those sources.

A few questions deal with the 2017 tax levy referendum approved by the voters, which was supposed to eliminate potential structural deficits through 2025. However, one question asks if respondents are “fully aware, somewhat aware, or not aware” that “Since the passage of the referendum, the COVD-19 pandemic has worsened the district’s financial projections.”

The 2017 referendum campaign promised to “restore one reading specialist at every elementary school,” but as part of $1.9 million in budget cuts the Board of Education is expected to approve later this month, that promise will be undone.

Four specialist positions will be eliminated, as part of restructuring. In a letter accompanying the survey Horton says, “The restructure is designed to provide a more collectivist, equitable approach to interventions beyond just reading for students who are not yet at grade level.”

The $1.9 million in reductions for the upcoming school year are just a down payment on millions of dollars more in cuts over the next several years. Horton says next year’s reductions were done with equity in mind and “kept proposed reductions as far away from the classroom as possible.”

He says the majority of reductions are “focused on operations and consultant services,” in line with other community feedback. He says further “restructuring of administrative services is also on the table.”

The new survey (and the one which was stopped) are targeted towards future years, not 2021-22.

The current survey, however, does not provide potential options for raising revenue. The prior questionnaire asked about selling advertising on school buses or school property, private sponsorship of district sports events and allowing cell phone towers on some district facilities. There is nothing like that in the new survey.

District 65 is beginning a two-year process to examine redistricting, which could include closing schools and opening one in the 5th Ward. The first survey had “close and consolidate schools” as one of many options for saving money.

The new survey approaches this differently, asking for the level of support or opposition to the following:

Both surveys ask about the importance of programs such as sports and the arts, class size and student services such as counselors and social workers. Both also leave space for suggestions from respondents.

Polling experts say that how you phrase a question can impact the answer. For example, in the first survey, “Reduce central office services” was one option respondents were asked to prioritize, as high, medium, or low. However, the new survey asks how important several items are “to the education and success of the students in District 65” (very important thru not important), including “District Office Support of Schools.”

But questioning whether District Office Support is important is potentially different than asking if the central office should be cut, and could, in theory, lead to a different perspective.

The first survey also gives reducing or eliminating “District equity initiatives” as a potential budget cut choice. There is no such question nor option on the new survey.

The new survey also has optional responses on where an individual lives, along with race and ethnicity. Horton’s letter says “sometimes the opinion of one group may differ from the larger community, and it is important for us to consider the differences.”

Horton had said responses from the previous survey which was halted would be inventoried and maintained for future planning, although it’s hard to see how responses from the two surveys could be combined because the wording of the questions was so different.

The new survey is on the District 65 website. The response deadline is March 23.