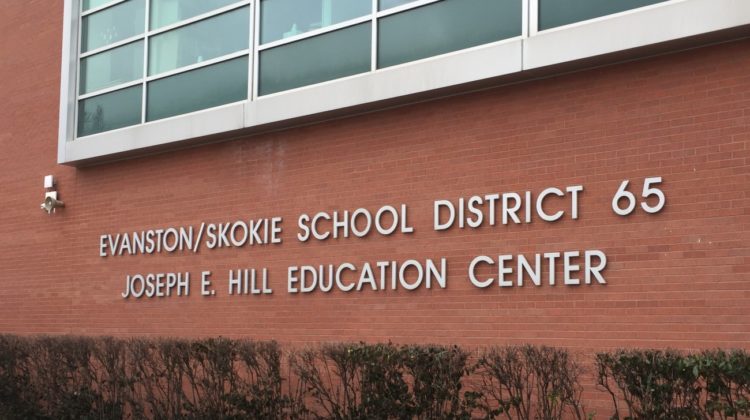 One said he was inspired by his son, who said, “Dad, you should become a teacher.”

Another said, “I want to be an advocate for my kids the way my teachers were when I was growing up here.”

Those words were among the comments from members of Evanston/Skokie District 65’s first teacher residency program, for the upcoming school year.

The 19-member class was introduced to the District 65 Board of Education on Monday night. 125 potential candidates had expressed interest.

The residency program, called CREATE, was instituted by Superintendent Devon Horton, who started similar programs in two other districts where he had worked.

Unlike traditional teacher education programs, where student teachers are in the classroom for only a quarter or a semester, teacher residents will spend the entire academic year in a District 65 class, supervised by an experienced teacher.

Horton’s goal was to attract individuals looking for a career change, people like Amos Carr.

Carr told the Board that he spent 35 years in the medical profession, but was becoming disillusioned. After speaking at his son’s career day at Oakton Elementary School, however, Carr said his son suggested the career switch. “I thought he might have a point,” Carr added.

Other candidates are recent college graduates who do not have teaching certificates. Sage Seiler, an Evanston native, said “I’ve always wanted to be a teacher, honestly.”

The one-year residency pays a $30,000 stipend, which is $30,000 more than student teachers receive in a regular degree program.

Residents also receive a master’s degree from either Northwestern or National Louis University (they have to be admitted to the school in order to get a residency position).

And the residents also get something else. A job. District 65 will hire them at the conclusion of their year-in-training.